No, this probably isn't going to be the article you think it's going to be......

Let me be clear: this is about the recent changes to 40k, but this is not a long winded rant about how it's all ruined everything forever. No, this is instead my point of view on the change and why I actually like it. So for the three people who are still left after reading that, here goes. Now I'm going to be stretching a metaphor for a bit here, and I don't want to lose anyone here, so let's clear up what I mean by a buffet. 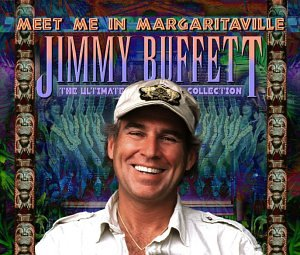 No, that's Buffett. Not quite the same thing.


Yes, for those who have never seen one before, that's a buffet. For those who are somehow unfamiliar with the concept you're likely not from America, so let me explain: you pay either by the plate or pay a flat fee to eat as much as you want, allowing you to load your plate with anything you like. Often this can result in people over eating but that's another issue entirely that doesn't entirely have to do with wargaming.


So what does 40k have to do with buffets? Much like a buffet 40k allows you pick and choose what you want in your game and fill up on it. Want a main course of CSM with a side of Imperial Guard? Go right ahead! Feel like pigging out on dessert and taking a really expensive Lord of War? Sure, why not?

And that's what 40k is now, a large buffet of options to load up your plate (that is your game) with. Do you have to take the things you don't like? Not at all! Nor is GW trying to force you to do that. To quote Jervis from the WD Daily blog (emphasis mine):


Escalation and Stronghold Assault are new ways to play Warhammer 40,000. Once upon a time, all we had were infantry models to battle with. Then we made tanks. Then we made even bigger tanks, Titans, scenery and flyers – all of which add a new dynamic to Warhammer 40,000. It’s an evolution of the hobby, from humble infantry beginnings to the full-scale warfare that we can now experience.

The five latest Warhammer 40,000 supplements: Cities of Death, Planetstrike, Escalation, Stronghold Assault and Apocalypse are all different ways for you to use your collection of miniatures – you can use one, some, none or all of them in a game – there really is no limit to what you can do. My suggestion is to chat to your opponent before your game and come up with a scenario or a story for the battle you want to fight and find a supplement that works best for what you want to achieve. Escalation and Stronghold Assault, for example, were designed with each other in mind, enabling one player to field a Super-heavy tank alongside their force, while their opponent entrenches themselves in a network of defence lines and bunkers. It makes for a fantastic siege battle. 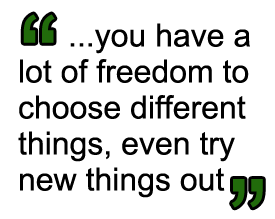 And that's the thing, their just choices. Choices you can choose to take, choose to leave alone or even mix a bit. Much like that buffet I was talking about you have a lot of freedom to choose different things, even try new things out and find out what you do and don't like. Sure it's easy to pig out on dessert, or stick to just your favorites, but isn't part of the fun trying new things and really digging into the vast options this game gives you? Sure we could have written house rules for any, or all of this, and I hope these new additions to the game inspire people to do just that.

No one is required to do anything here. You don't have to play with it, against it, or even buy this stuff if you don't want too. If you don't like it that's fine. But it's not going to be the death of the game just because it does something you don't agree with. It's a big game out there and sometimes I really think we all get so caught up in playing one specific way we forget about the stuff we could do with it. To borrow something from Bill Watterson, that, to me, really captures my thoughts about 40k: 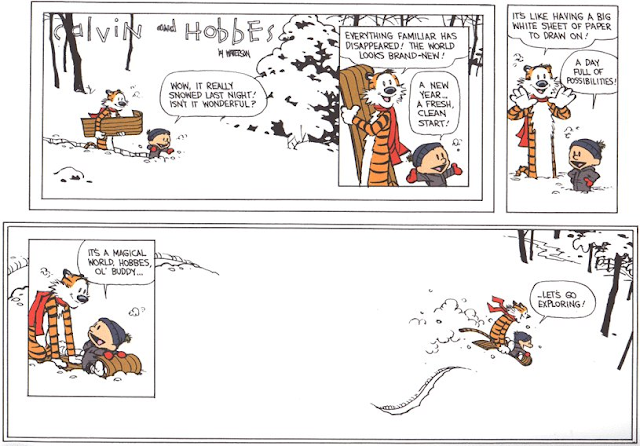 After all, it is a big game, so why not go exploring?