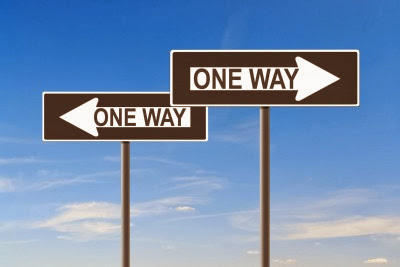 
With the reported 40k 7th edition coming from 40k radio there was bound to be cries of BULLSHIT and conflicting messages. Well, someone shot in a brief message to Natfka claiming just that. Naturally, this is an "anonymous" source (well, to Natfka it's probably *not* anonymous - given the fact a from email is present in *every* communication) nevertheless it's interesting reading.


via an anonymous source from the Faeit 212 inbox


There will be no 7th edition or 6,5 edition of Warhammer 40k during the summer of 2014. The Games Workshop team isn't interested in compiling the existing rulestets yet, since the edition is not over yet. In fact, our distributor (the main distributor                 ) received news that the WHFB 9ed is indeed coming this year - he didn't mention when exactly. So 40k fans don't keep your hopes up.

Right, so according to this chap it's a no goer. I can see for and against arguments here - does it make sense to release new rule supplements then 6 months later repackage them into the main book? Granted it'll lead to further sales of the main book but halt sales of the independent books. Of course time will tell but I'm going to yield to my cynical side for this one.


According to an article on BoLS you need to "read between the lines" of my last post. For them I will make it really simple:

It is a RUMOR if we haven't seen the book/models yet.
It is a FACT if we have seen it.

That is why were are saying 7th Edtion is a RUMOR at this point.

we were asked to hold off on giving out this info for a couple months and then we were given permission to give it out. As far as WHFB goes, it is not getting shelved but from what we heard 9th Edition was not up to par and was pushed back. If you read on the GD Digital site they pretty much said the new digital WHFB rules will not be out dated this year. I love WHFB and so does the Chiller. There are things that need to be fixed but it isn't a bad ruleset by any measure. If GW is curious as to why it isn't as popular then take a look at the cost associated and how daunting it can be to build and paint a WHFB army. In Fantasy quite often bigger is better and your core troops usually require 3 boxes or more per unit. 40k also has a significantly more exciting story line.

I really hope that IF the rumor is true it is cleaning up some rules while adding in the stuff like Escalation and Stronghold Assault. Both have their place in the game. I know guys like Alec Peters have quite and impressive collection of super heavies and it is only right that they should be able to use them more frequently. Kyle has all of the new fortification set built and painted and we are super pumped up to use them in games. While we wont use Escalation or Stronghold assault in every game it is nice to have those available for the right situation.

By whom? When I suggested 40k radio were GW pawns used to dish out rumors in a shoddy and unprofessional manor I may have been hitting close to the truth.

This next "Rumor" is quite clearly some Matt Ward fanboy pulling Natfkas pisser.  Perhaps it's a Tea Party set of Necrons and Blood Angels?

via an anonymous source the Faeit 212 inbox
A friend that works for GW mentioned to me that he had seen new Blood Angels
Marines being worked on. He also said that they were snap fit models from
what he could tell.

A few weeks before that, the same guy mentioned seeing Necron Warriors with
different looking Gauss flayers. He also mentioned a new Unit, a Necron
Warrior in a Suit, like the Centurions. He had been told those were new
Necron Destroyers.

This next piece probably isn't a rumor but it's going in regardless. That's all folks - Christmas has sucked the rumors out of the pipeline.
By Unknown