A little thing called work has put a massive dampener on my ability to keep this segment updated as intended. It seems I've missed the whole of November so to make up for it December will see a concerted effort to continue where we left off and hopefully grow this baby a little more.

It helps that todays is a massive bumper edition with some fantastic releases from three categories. 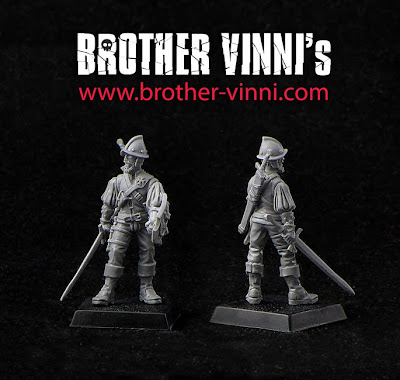 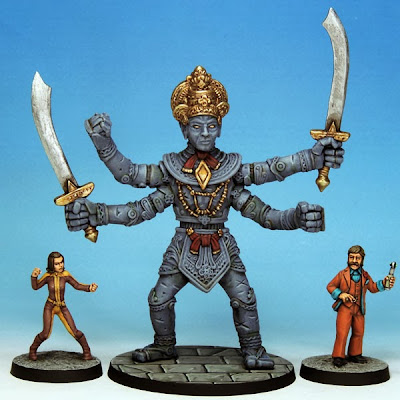 Standing almost the height of three men, The Destroyer is an animated construct created to smash the enemies of S.H.I.V.A. Taking great strides, The Destroyer uses its great scimitars to sweep all before it, and its huge fists to hammer any that remain standing. It is totally without remorse, created only to destroy.
The rules for The Destroyer are given in the Villains Programme Guide book and/or PDF, with a PDF with updated rules available here if you have the S.H.I.V.A. Programme Guide PDF.

Now the Destroyer is one hell of an imposing figure - almost impressive as that gentlemans tash! At 15 quid it's also superb value for money.

Some ghouls living in remote places or cut off from civilisations veer wildly from their kin. They tend to adopt more beastial forms resembling the corpses of any predatory animals they consume. 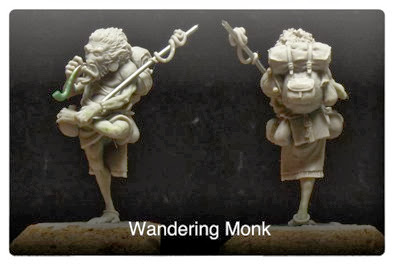 A simple monk wandering the desert, seeking and sharing wisdom and enlightenment from the world and the peoples it meets along the way. 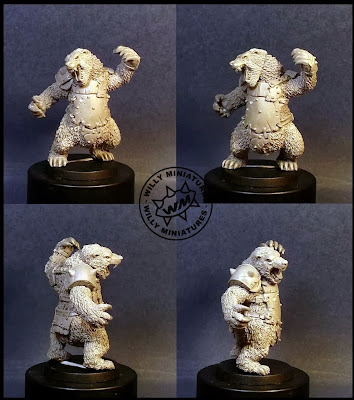 Willy Miniatures have released this rather awesome looking dancing bear! Bringing that funky vibe to battlefields all over the known universe! 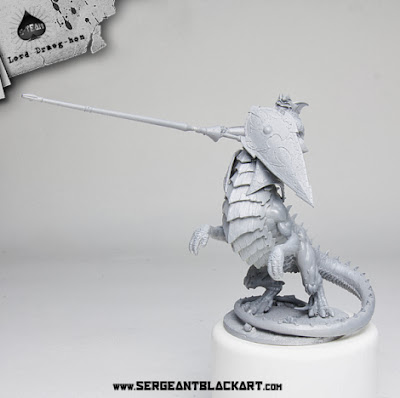 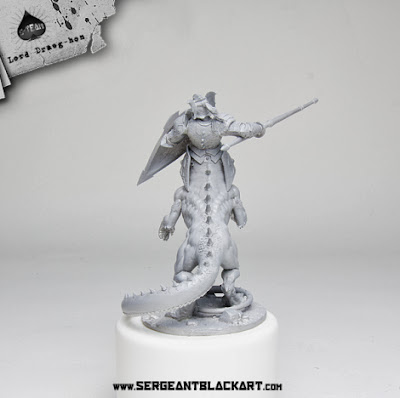 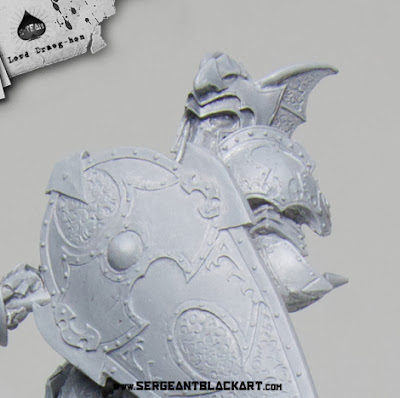 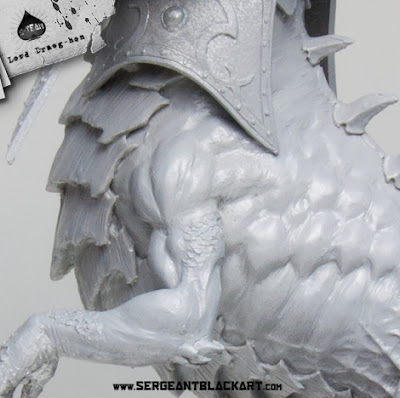 We already spoke about this project some weeks ago, it was a collaboration with the promoters of Monte San Savino Show 2013 and it was the commemorative figure of the event. The first sketch done by Lucio Parrillo went as Best of Fantasy in the contest and Raffeale Picca “Picster” won it, well deserved!!!
Since we have a really little number left from the show and preorders, here it is your chance to buy a copy, we have a limited stock of 31 copies in our warehouse and now you can find them in our online store.
We have some pictures to share about the assembled figure, while we will show in the next few weeks the box-art as a showcase too. If you didn’t see the details of the figure, here you can find them:

Mr Draeg-Hon here is so fucking awesome I decided to show 4 pictures! This is one hella detailed sculpt, look at the lubbly scales.

Your's for 35 Euro. You can find him in the shop over here. For more pictures and information head here. If you want this badboy though you need to move fast - there's only a limited supply. 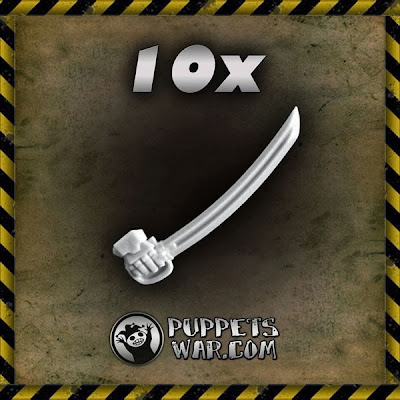 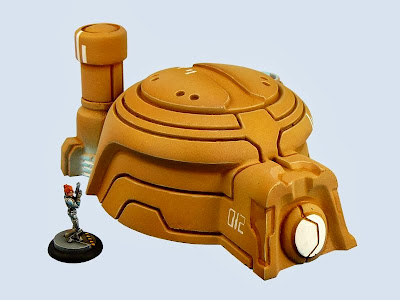 The set is not painted. Miniatures not included. Models in the picture used for scale only.