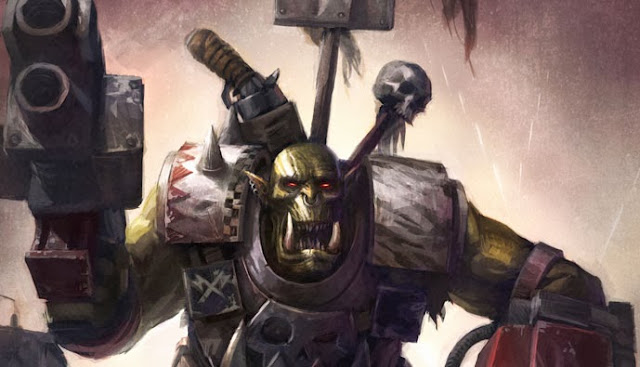 With the release of Codex Orks 2014 on the distant horizon I feel it's time to gather all of the various rumors from around the globe and post them up here. We'll update as and when more news breaks.

I've posted the following Ork rumors in chronological order with the newest at the top and the older ones right down at the bottom. Obviously the older stuff is less likely to be "solid" given playtesting and changes made by the development skwad!

As usual I've written the "rumors" into a more coherent and bulleted format.


boyz will become 2 pts cheaper, but must pay for wargear.
Choppas being 1pt and shootas being 2pts. Choppas now give +1 strength in
close combat but only give AP4 on a furious charge.

This section here is unclear to me at the moment it could be an upcoming supplement in its own right or perhaps it'll be appended to the Ork Codex, saying that it's entirely possible its pickable right out of the codex alongside the Orks - who knows?

If I've missed anything please let me know in the comments and I'll make some amendments.
By Unknown