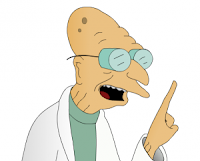 UPDATE: More from FW inside!
Good news everyone! And, yes, I mean actual good news, not some fake good news to get your attention....

I'm sure by now everyone is familiar with our options for Lords of War choices and some armies are feeling a bitter sting of neglect, especially when compared to some of the other armies.

Well, I messaged Forge World about the Lords of War to see if they where planning on adding any more to the game, and here's what they had to say:


Imperial Armour Volume Two Second Edition already lists Lords of War. We should have an update for others in the not too distant future.

So for all of us who were wondering what, if anything, we'd be able to take outside of the Escalation book itself, don't worry, other options are coming.

UPDATE: That's right, FW wrote back to me again (I emailed them and hit them up on Facebook) and here's what the email had to say:

In a few days we will be releasing a pdf on our website explaining a few things about the Lords of War and the new escalation book.

So not only is it coming, it's coming this week. Good news indeed.