How to Paint Space Wolves 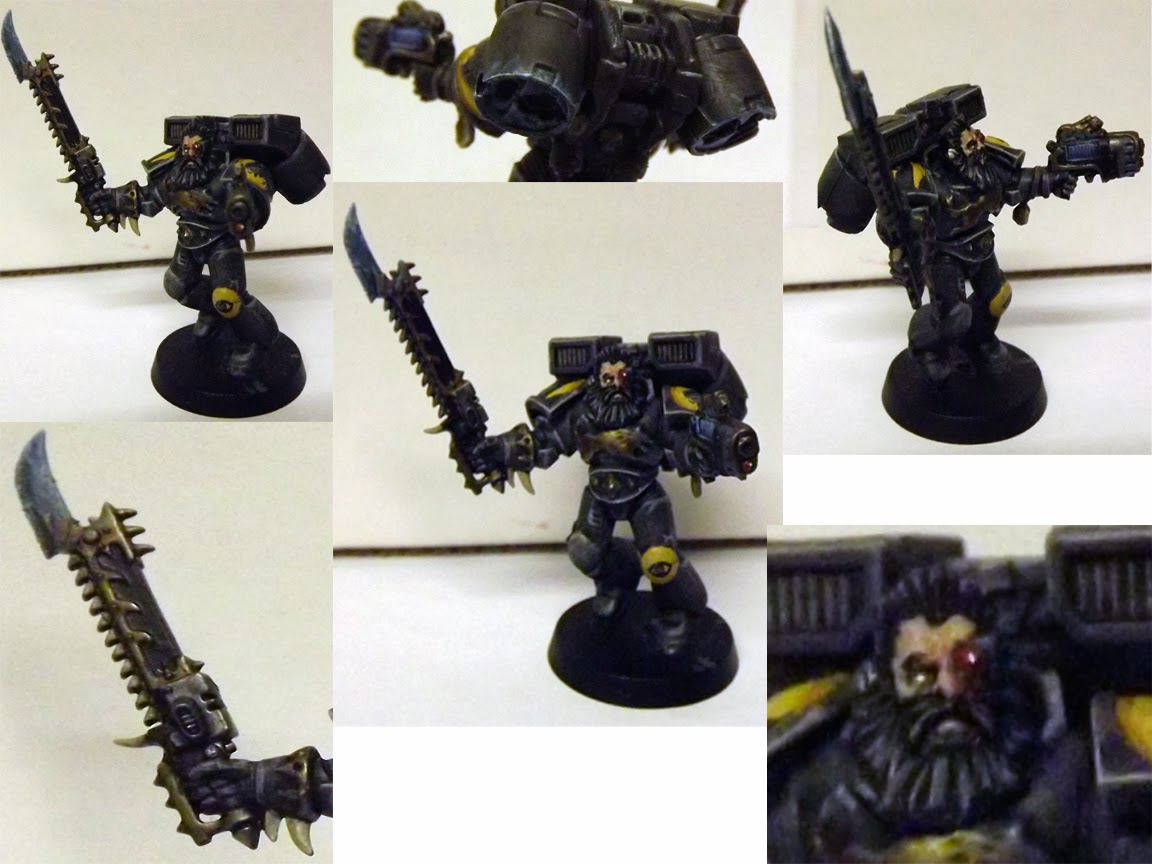 Bayonet here with another How to Paint guide - this time we're looking at how to paint Space Wolves to a decent tabletop standard. 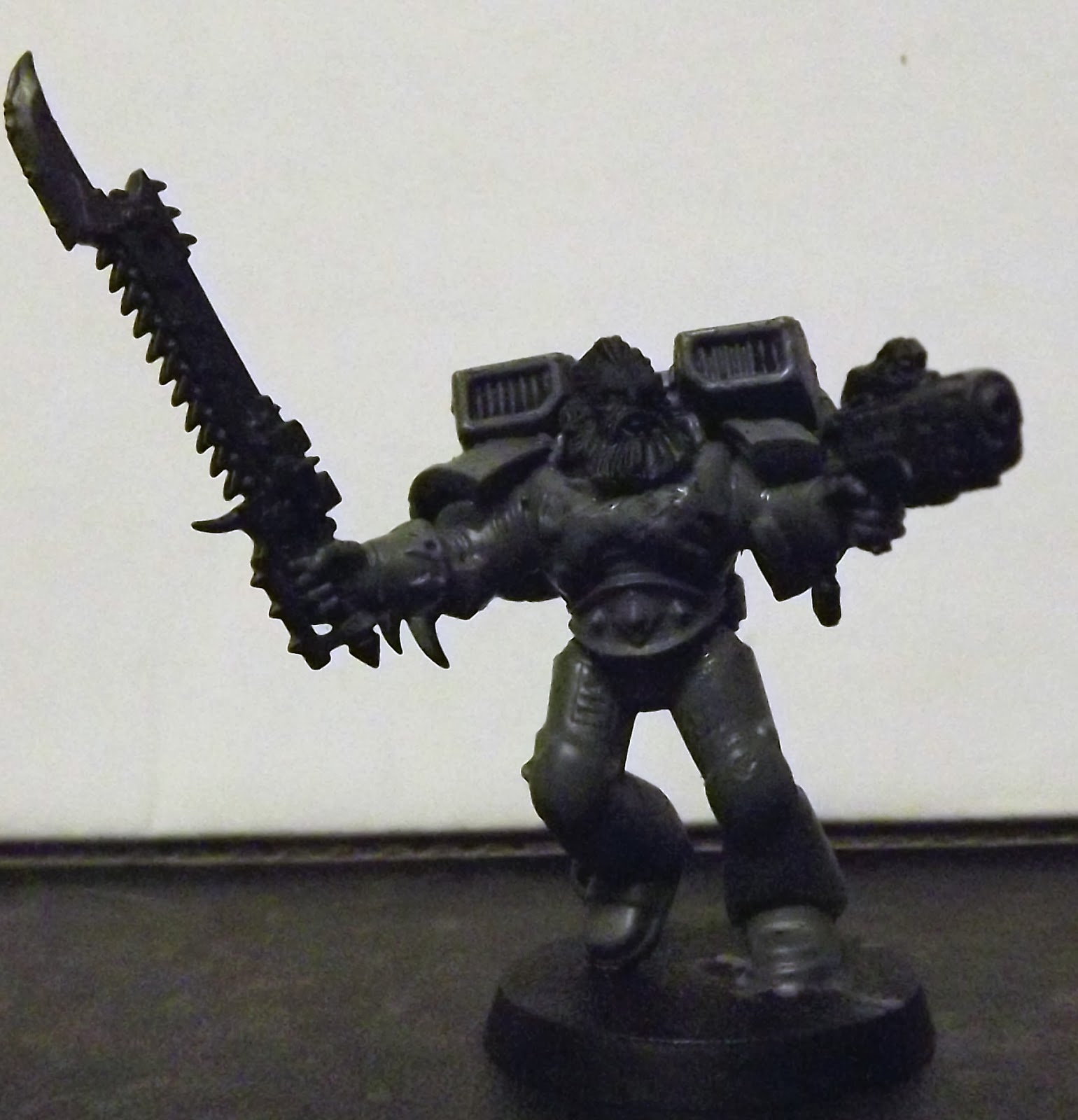 Once you've base-coated your model we cover all of the power armor with a layer of Mechanicus Standard Grey leaving the weapons black. Personally I use a dry brush for this as it can speed it up. 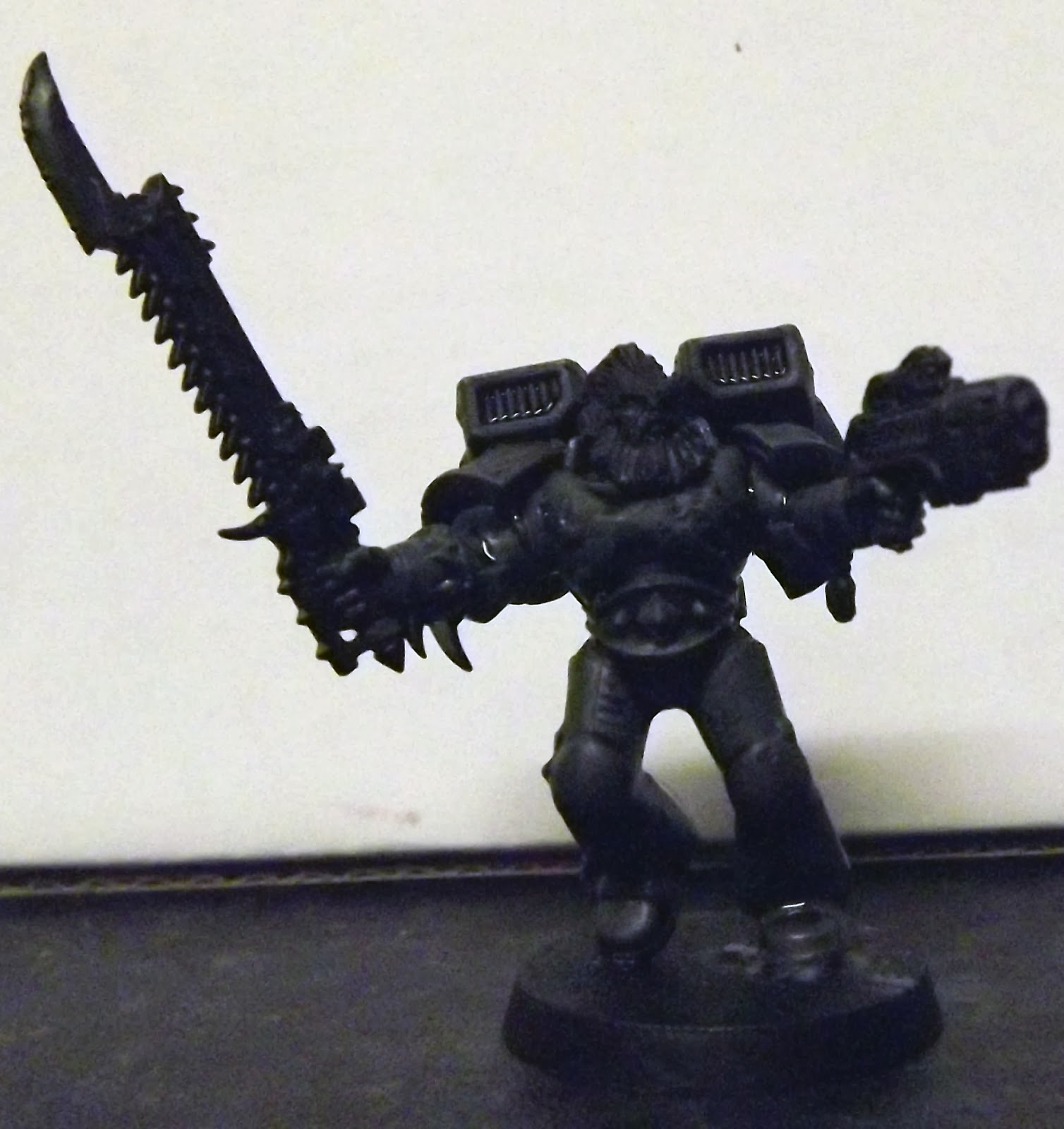 Next we throw a liberal wash of Nuln Oil over the whole model and leave it to dry, don't move onto the next step until all the recesses are dry because it will mess up the effect Step 3 has. 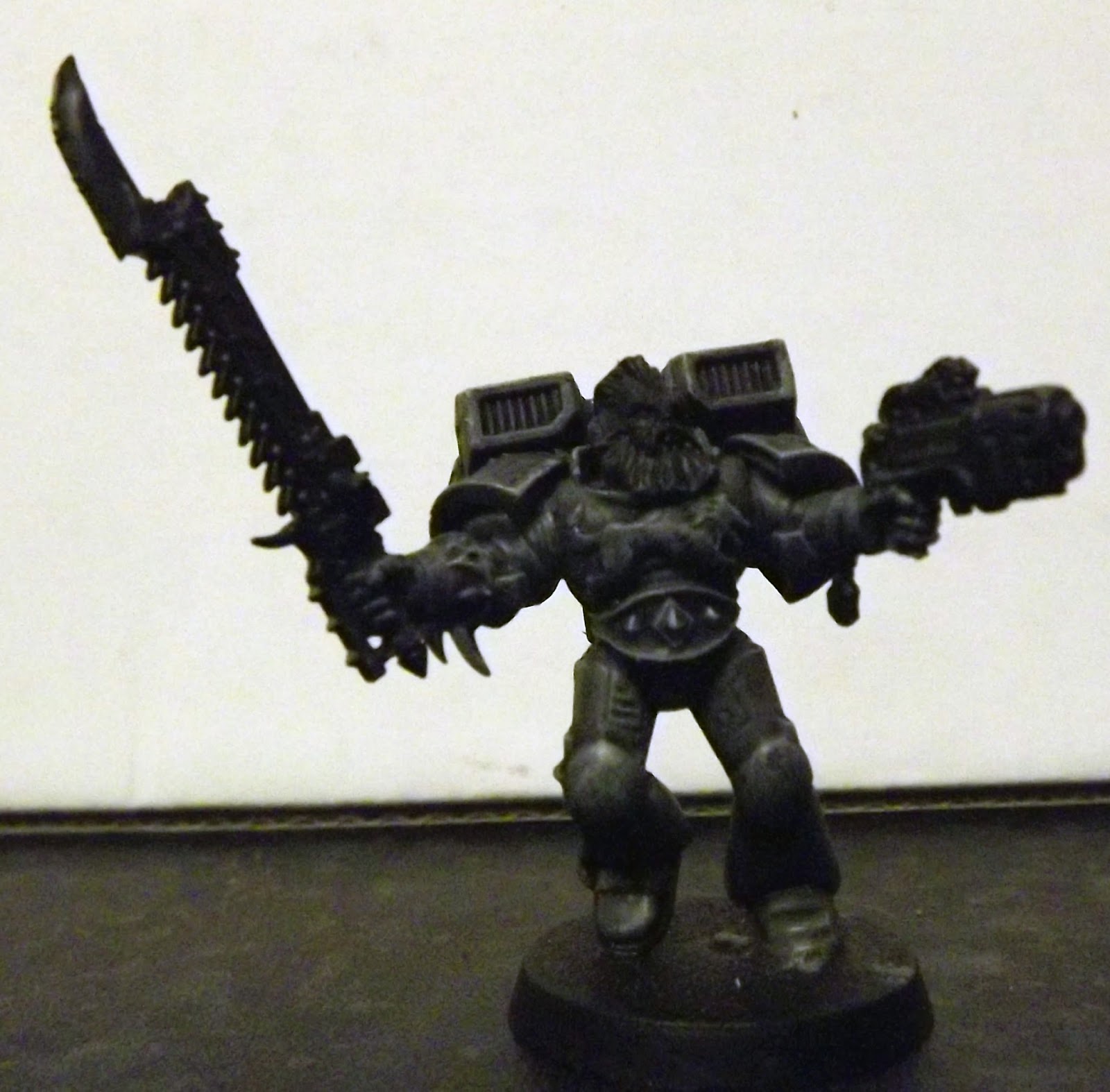 Now we drybrush the all of the power armor with Administratum Grey paying particular attention to the raised areas such as the knee pads where you would expect the light to hit the armor and on any of the flat edges. 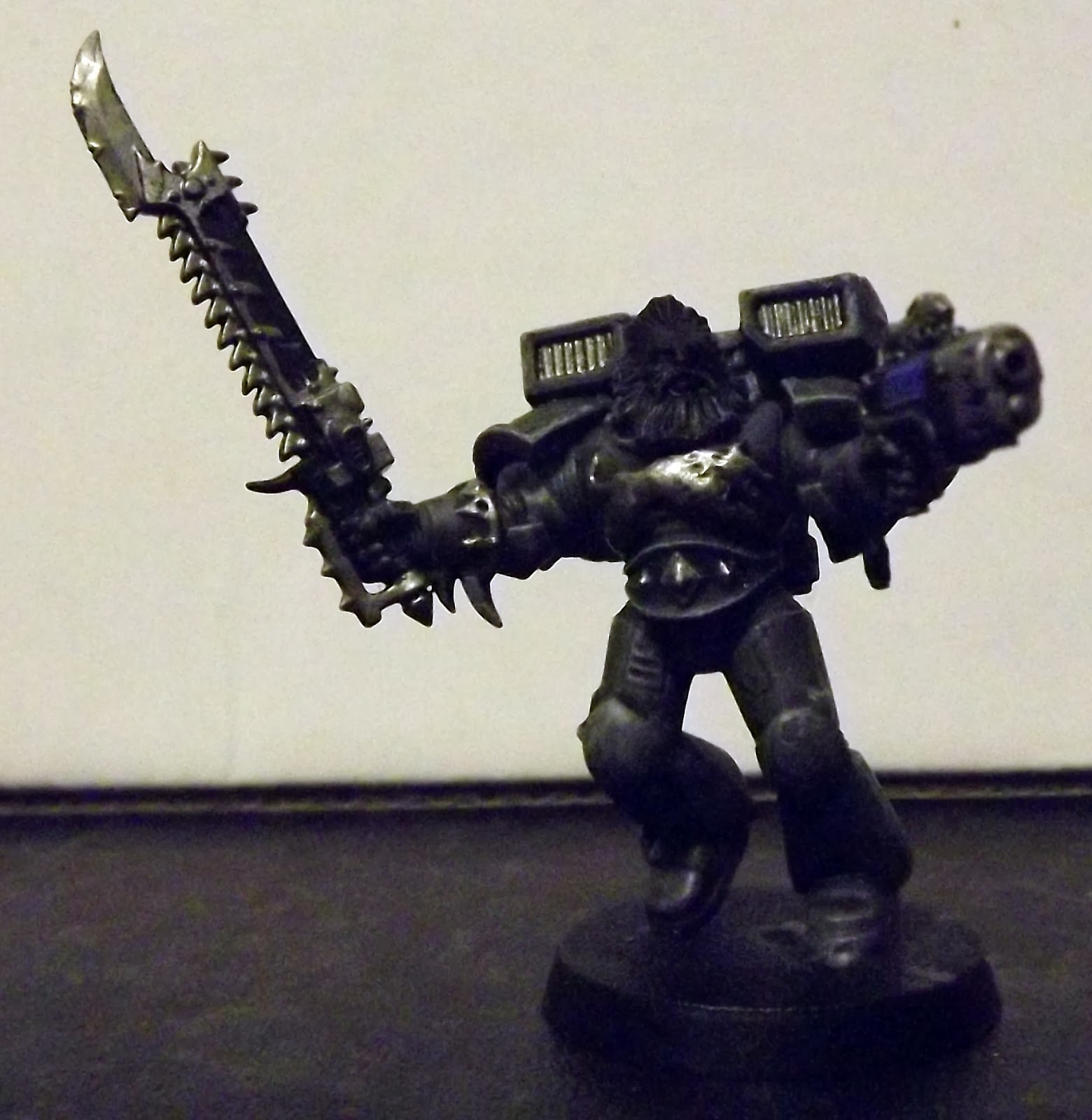 Now we move onto the metalics, all we do here is pick out anything that you want to either be silver or bronze on your model and paint it with some Leadbelcher. 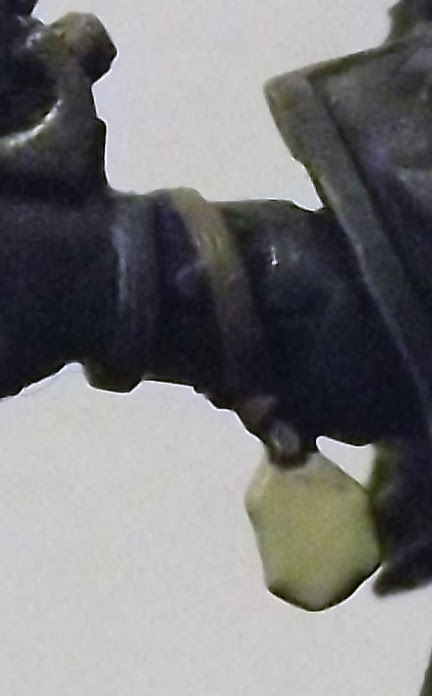 Next we pick out some of the little details, the Space Wolf models are excellent  for all their little tribal trinkets and furs that really set them apart from other Power Armor wearers. Here I've used Rakarth Flesh for all of the bones and for the rune stones and charms, then I've painted any leather straps Baneblade Brown and any Gems on the armor with Warpstone Glow. 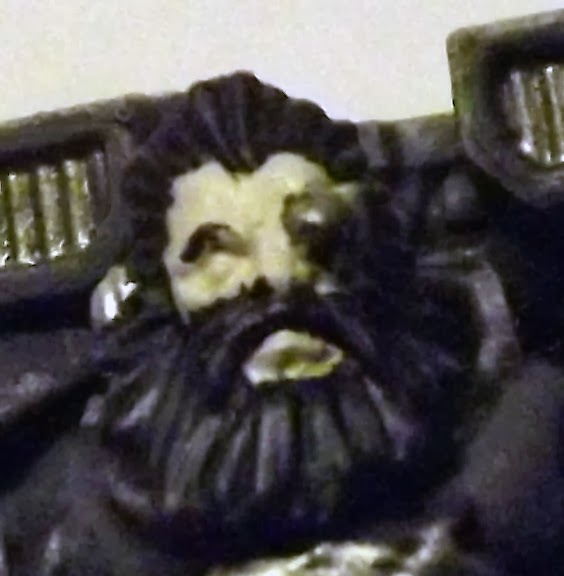 Next I painted the face with Rakarth Flesh and put some Mechanicus Standard Grey highlights into his black hair. With most of the Space Wolf heads having beards you'll probably find this part you'll have to do a few times to keep the hair and flesh colours separate. 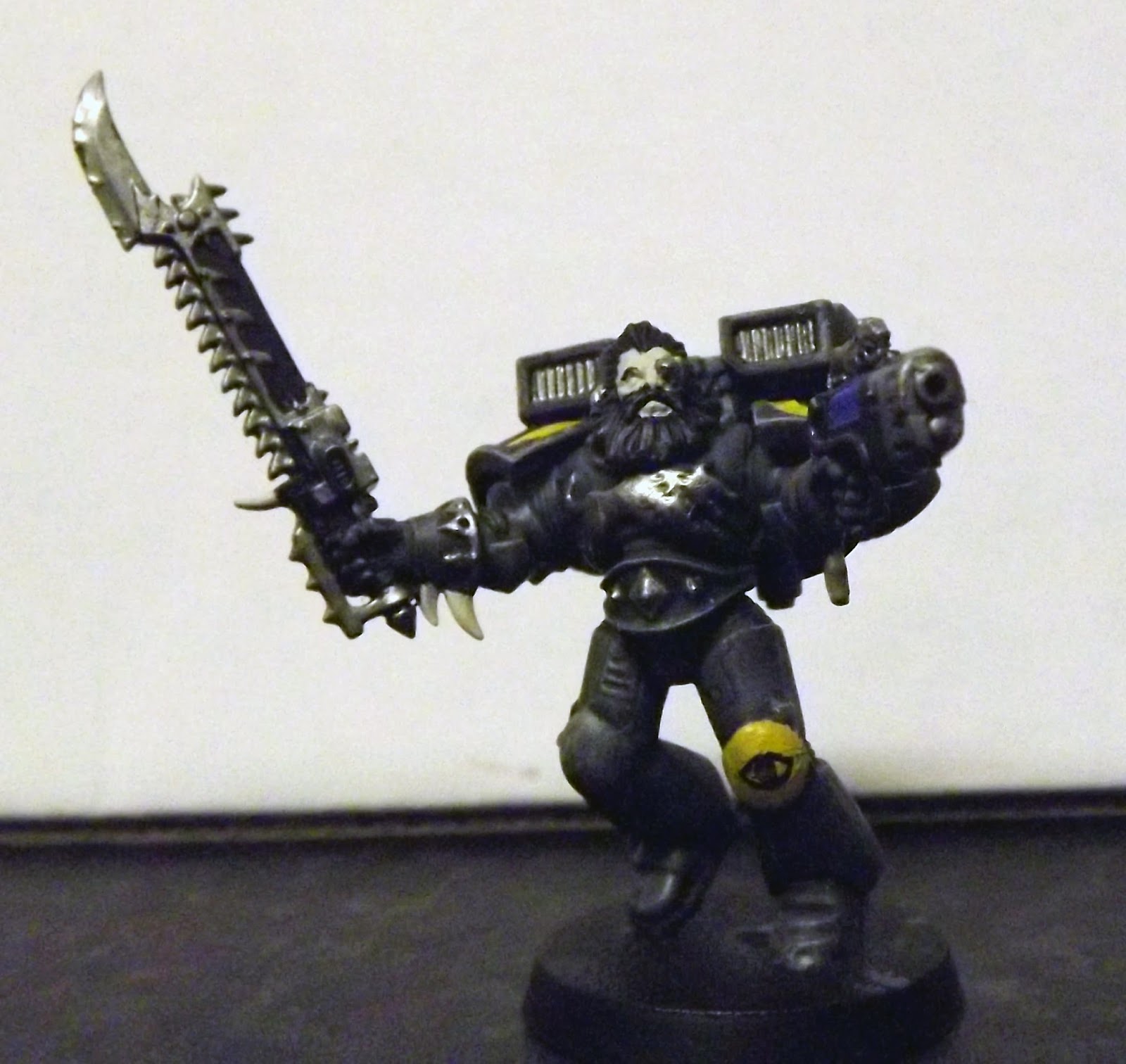 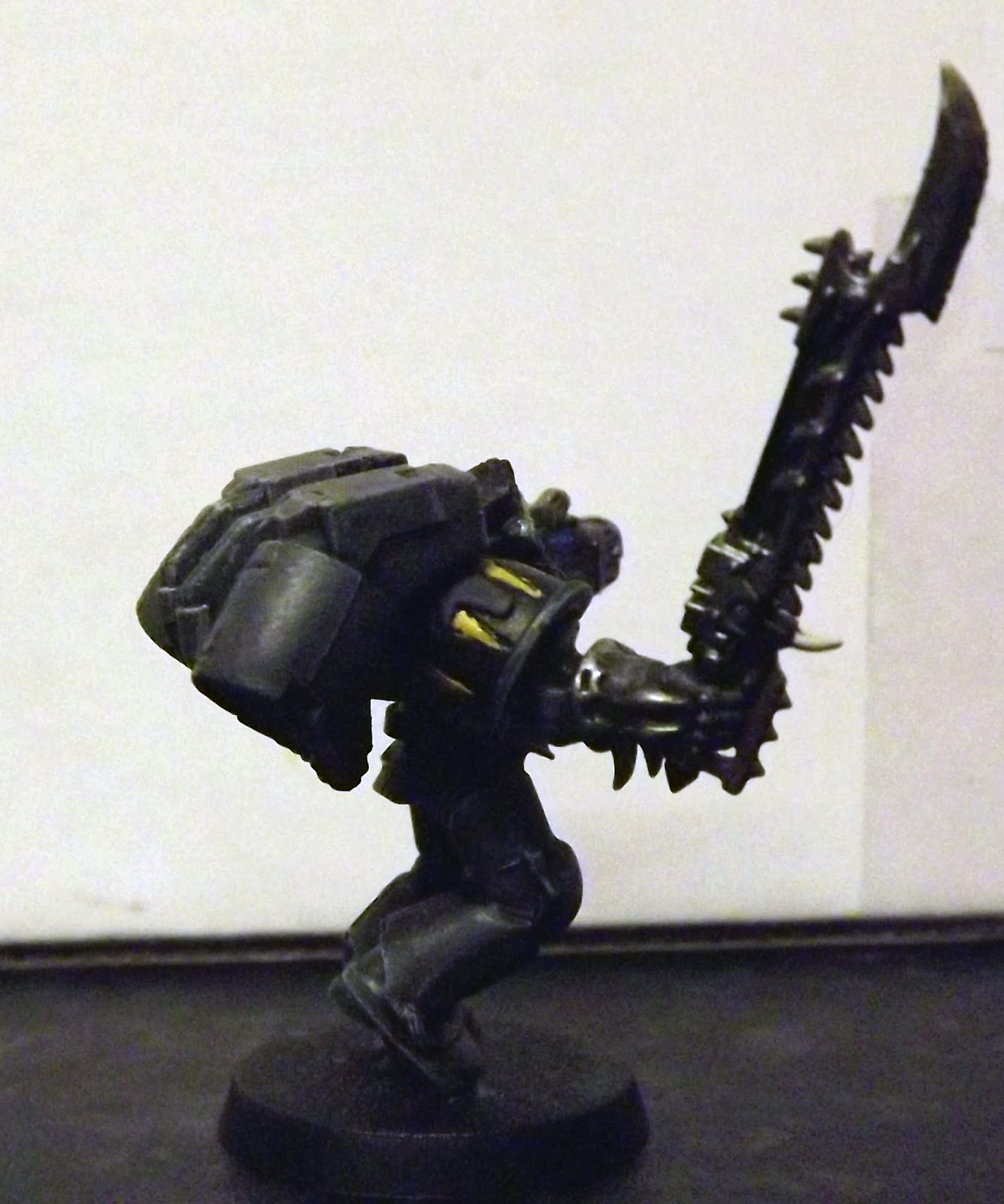 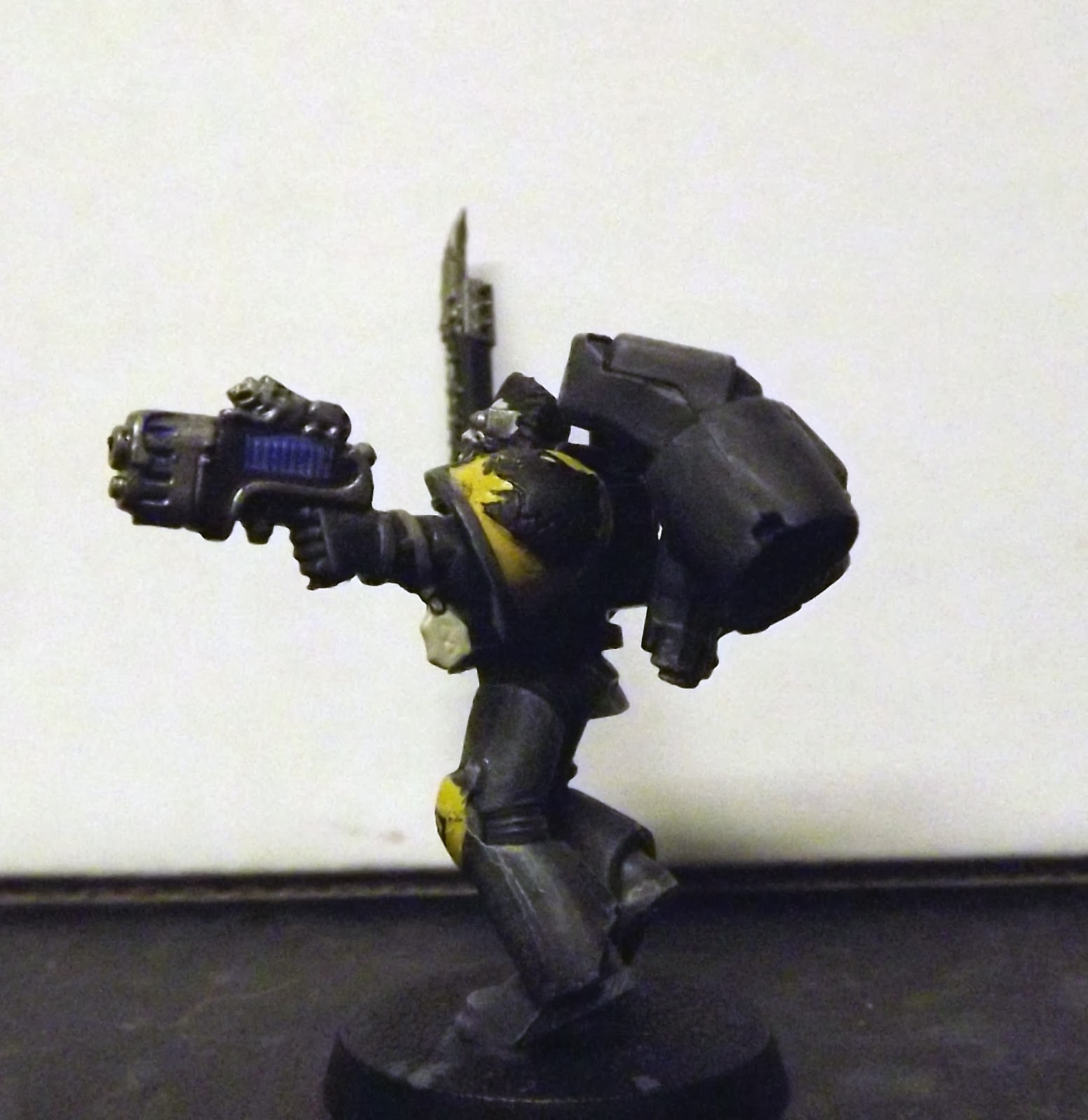 Next we're onto Pack Markings, one of my favorite parts of my Army. This guy is one of my Wolf Guard so his Pack Markings are black and yellow on his right shoulder and he's wearing the Pauldron for Ragnar Blackmanes Great Company on his left. Refer to your Codex for ideas of Pack Markings and the colours you use for Grey Hunters, Wolf Guard, Long Fangs and Blood Claws - I paint each Pack with it's own unique design using it's colours and match the hatches on the top of my Rhinos to the Pack Markings also which keeps things nice and organised when they're on the tabletop. 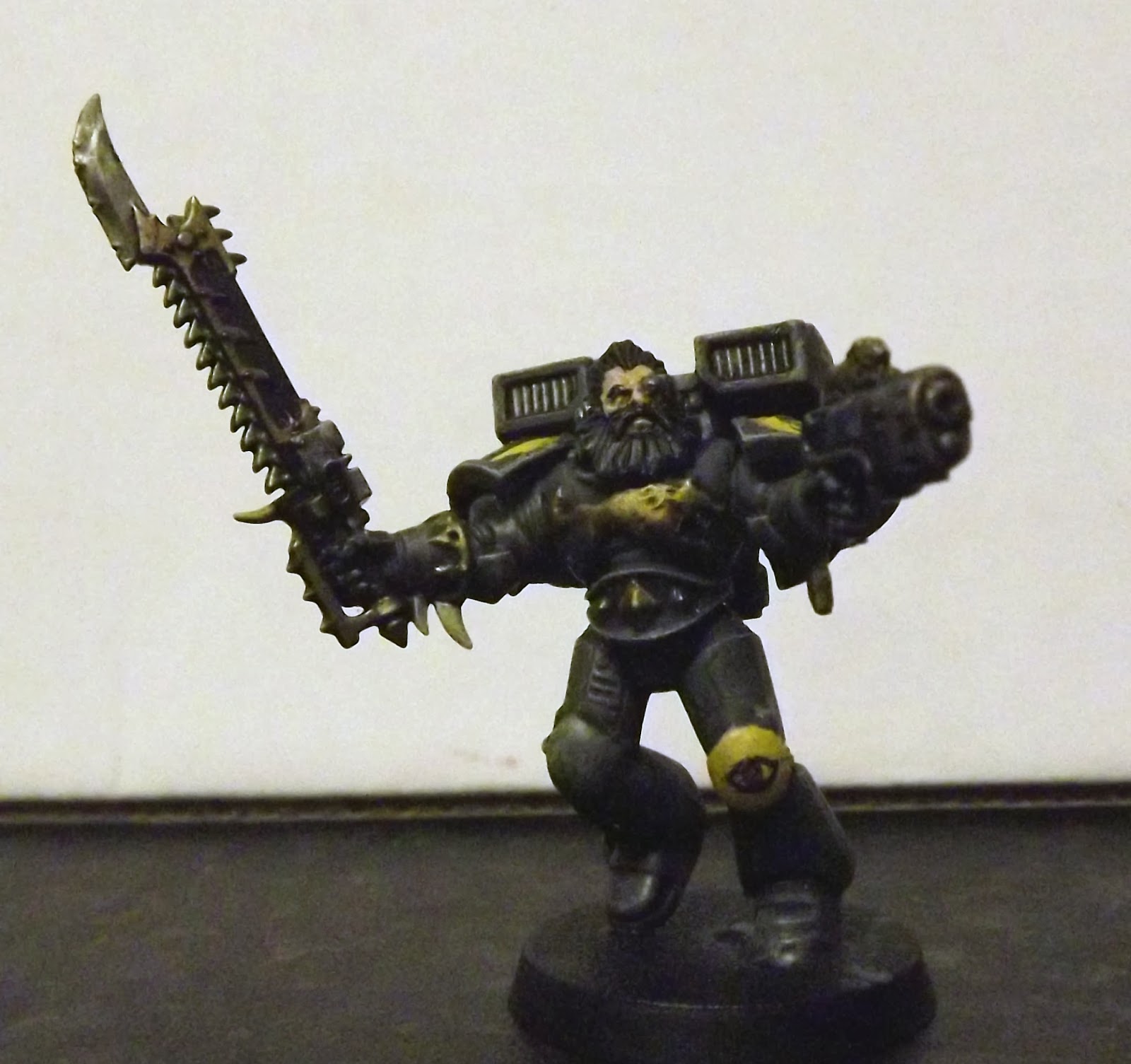 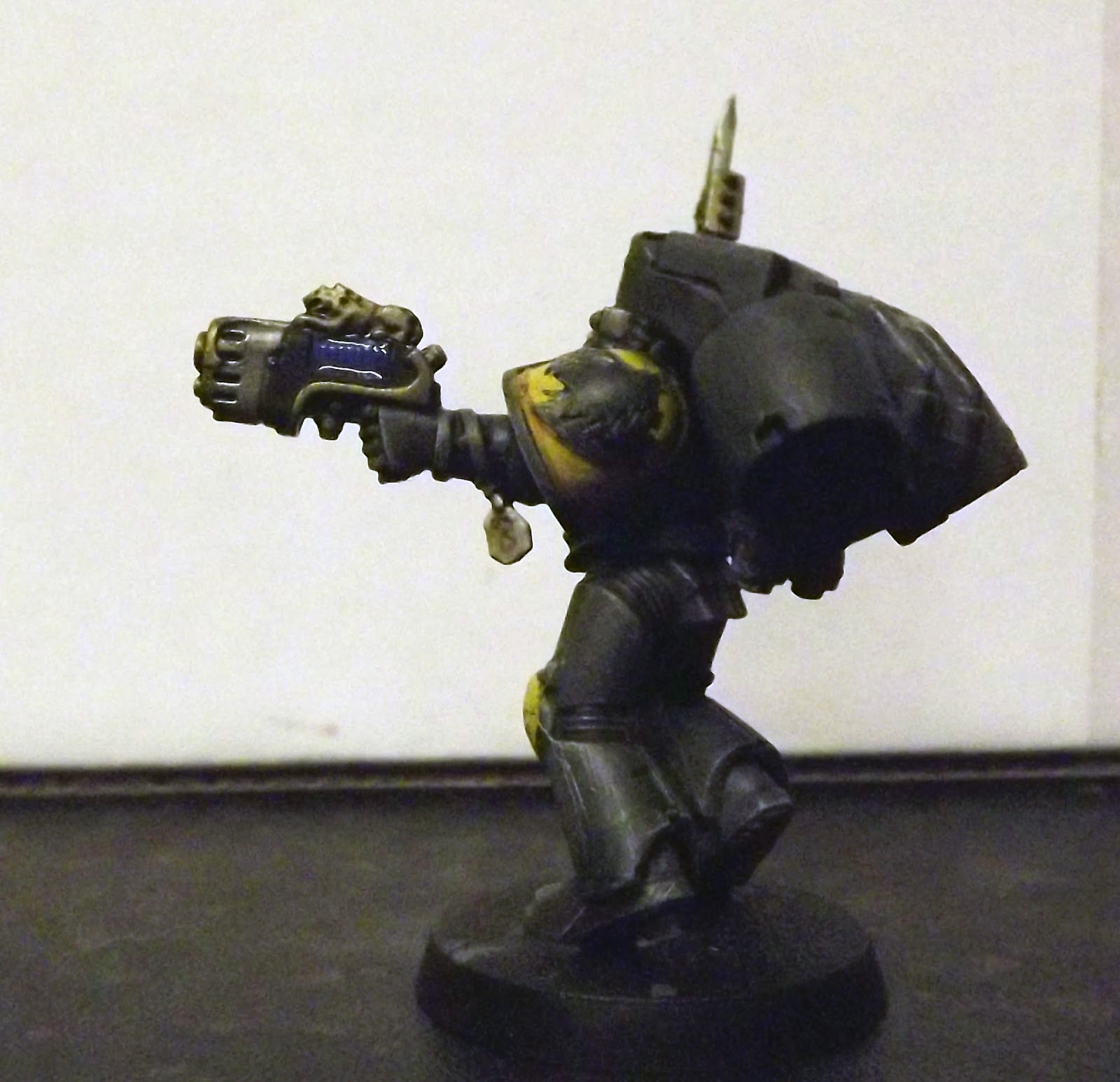 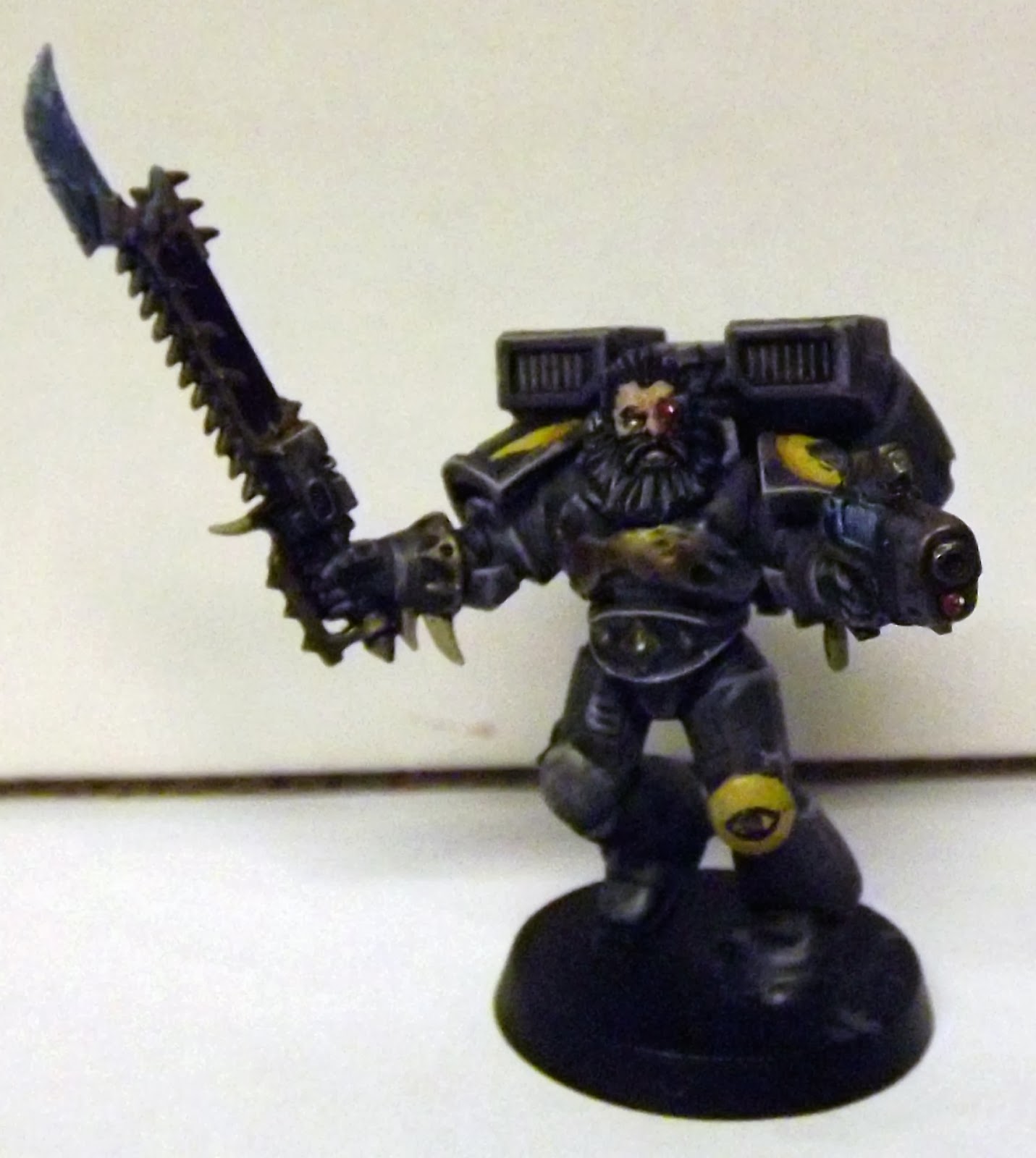 Now we're at the part where we add our finishing touches, we edge highlight the power armor and his black hair using Administratum Grey and give the eyes a tiny drop of white. Then it's down to your model specific stuff, with this guy I finished the plasma cell off and gave it a subtle OSL effect and then did the same with the very end of the Chain Sword to make it a Powersword/Chainsword combi for really messing peoples days up! Then I've just detailed his cybernetic eye, added some thruster effects to the Jump Pack and added a laser sight below the barrel of the Plasma Pistol.

Once based this guy will be ready to lead my new Kill Team I'm putting together!