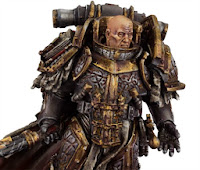 Forgeworld are now taking preorders for their upcoming Lorgar figure. 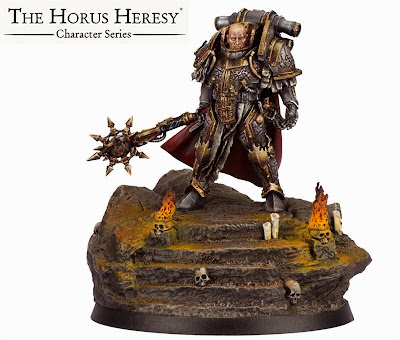 Reunited with the Emperor, and at the head of the Word Bearers Legion, Lorgar Aurelian conquered, not simply through stratagem, overmatching power or simple brute violence, but by the subtle craft of exaltation, liberation and example. In his literal interpretation of the meaning of the Great Crusade, however, he and his Legion strayed from the path that had been set out for them.

For his failings, Lorgar received only disdain, contempt and censure from his siblings and father. His greatest success, Monarchia, was rendered to dust and ashes at the command of the Emperor, who sought no worship from his son, only swift victories to hasten his works. With his beliefs shattered, anger and resentment set in and Lorgar began to secretly accept new, darker truths. Both betrayer and betrayed, it was he who would set the stage for the nightmare of the Horus Heresy.

Lorgar, designed by Edgar Skomorowski, is an incredibly detailed multi-part resin model armed with Illuminarum and clad in the Armour of the Word. The newest edition to our Horus Heresy Character Series, Lorgar stands atop a scenic base depicting ritualistic trappings and inscriptions. You can see a video of Edgar talking about how he approached designing the model of Lorgar here.

Rules and background for the Primarch Lorgar Aurelian and his Legion can be found in The Horus Heresy Book Two: Massacre. 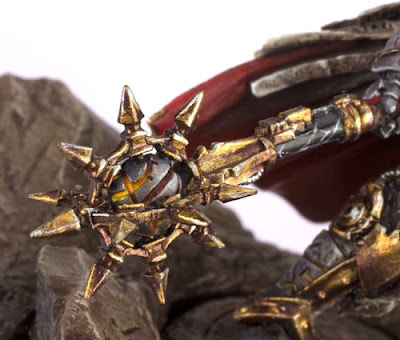 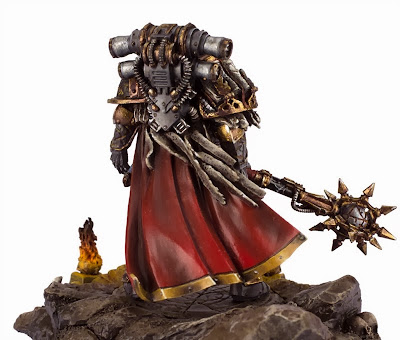 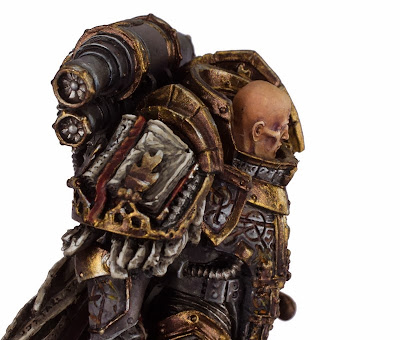 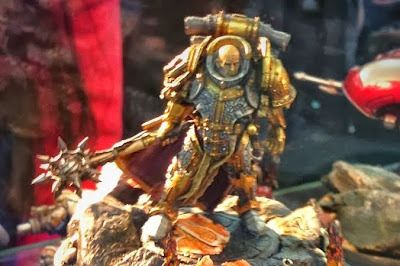