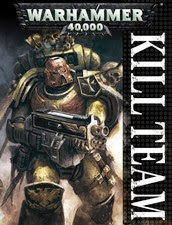 Well it's here, and personally this has been my favorite and most looked-forward to release from Games Workshops digital advent calendar on the run up to Christmas. Having dropped earlier today I've had chance to read through the latest incarnation of Warhammer 40k: Kill Team. 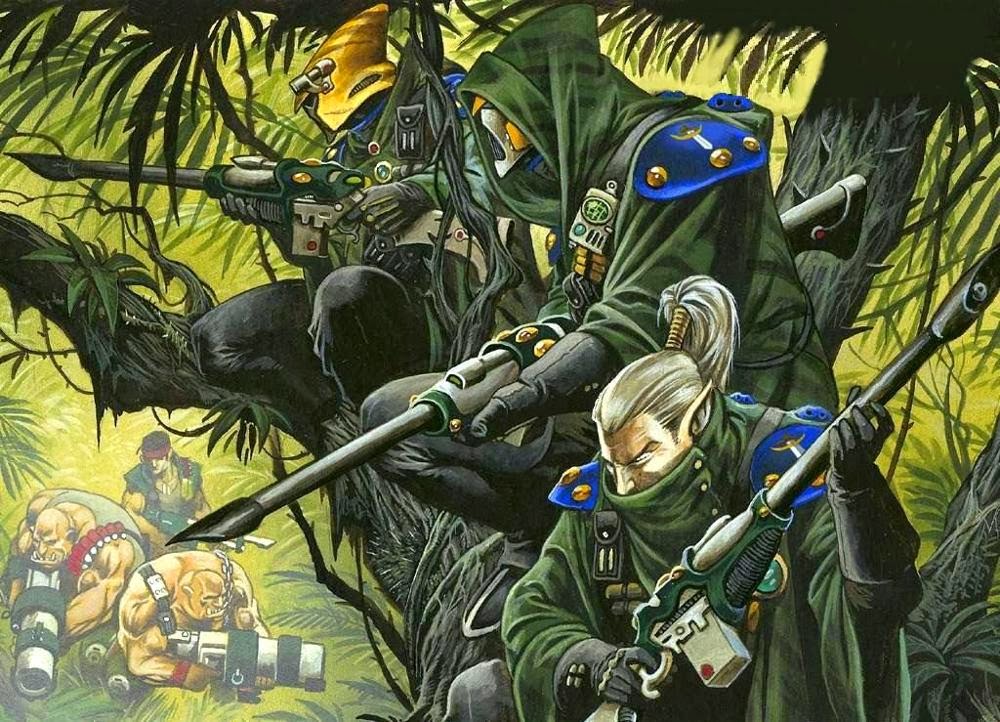 So what do you  get for your $12.99/£6.99? Besides the obvious: Updated Kill Team rules, you also get some lovely looking full color art-work and a short story to get you in the mood of small teams of elites soldiers brassing each other up in the confines of the Jungle or a Space Hulk.

As far as the rules go there aren't any huge changes from previous incarnations however things we are used to now in 6th Edition such as Warlord Traits and Secondary Objectives have creeped into this e-book and the universal special rules have been updated to 6th edition also. There's been attempts at making a more balanced game also with the usual caveats in there with regards to volume of wounds, types of units etc. which now also include a ban on 2+ models.

We also have selection of 6 missions with a D6 chart to select which one you play, they range from taking and holding objectives, to slaying your opponents squad leader - most game types have some sort of game-wide special rule in place also just to make things more interesting. 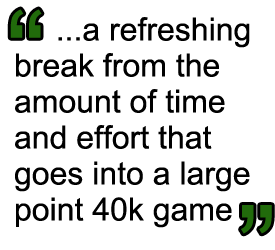 So why play Kill Team at all then? The few times I've played it the major thing that stands out to me is time - I can play several Kill Team games in the time it takes to play a single regular game which is good if there's a few of you wishing to play and only have the one table - this speed means it's also easy to make impromptu tournaments with very little planning required. The games are often enjoyable also and can offer a refreshing break from the amount of time and effort that goes into a large point 40k game. The other thing that I love about Kill Team is the modeling/conversion opportunities - really going to town on a small 4-10 man Kill Team making them all truly individual and full of character can be an amazing and rewarding side project. 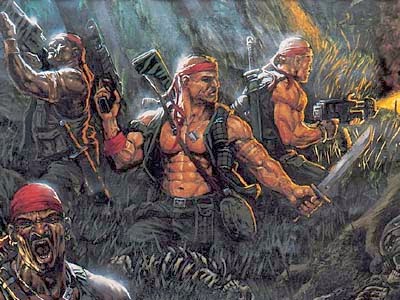 One thing that hurts Kill Team is however is Balance (arguably this is also a huge issue in the normal game but I digress...), I'm sure you, the readers, can use your imagination and foresee some units from some Armies that are legal from a rules sense and could be spammed to dominate in these low points games, and it's true that some Armies fair better than others at such low points (Imperial Guard for one can struggle here).

However on the whole, especially as a friendly there's very little reason not to atleast try some Kill Point games, get your head in a few Black Library novels to get the creative juices flowing and make that bad ass Death Watch squad or that straggling remanent of a great War Band.

So I ask you, the readers, what do you love/hate about Kill Team games? How does it compare to other skirmish orientated Games Systems?