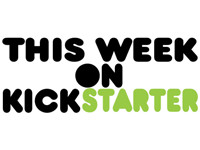 Hey folks, time for another edition of This Week on Kickstarter. It's been a fair while since our last so we have a larger version for you this week. 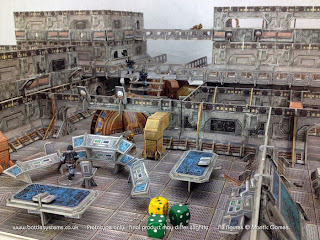 First up we have Battle Systems' Sci-fi Modular Terrain. This project is funding a set of pre-punched card terrain that requires no assembly and look great. For games that require a lot of terratin, such as infinity or mercs, it can be quite costly to fill your battlefield with this level of detail, which makes this campaign a must! 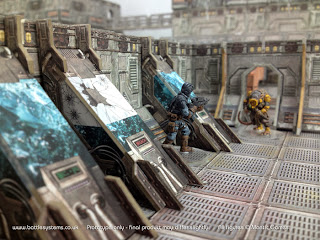 There's only 35 hours (at the time of writing) left to go so if you want to get involved you'll have to be quick! 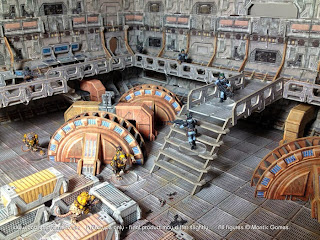 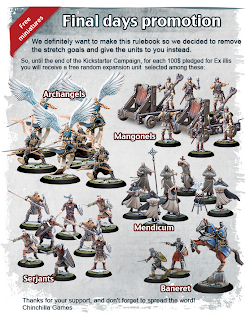 Next up we have the Resurrection of Ex Illis by Chinchilla Games. Ex Illis was one of the first games in our industry to really blend traditional game play with technology. Their first go wasn't to everyone's taste, but their vision certainly paved the way for things to come.

This time though, they've chosen to include the traditional rulebook meaning if you're not interested in all the technological stuff, you can still grab some great miniatures and have a game with them without having to touch a computer.

They've still got a way to go to reach their $50,000 CAD goal in the next five days, but if you miss out, you'll still be able to grab most of the minis offered through normal retail chains. 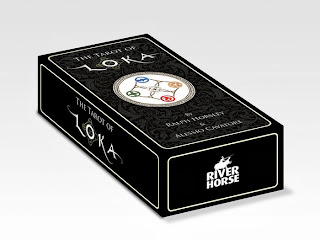 Next up we have one for you card lovers; The Tarot of Loka by River Horse. Loka is the elemental fantasy chess game by Alessio Cavatore. This tarot game builds on the world of Loka, while also serving as a standard tarot deck at the same time. 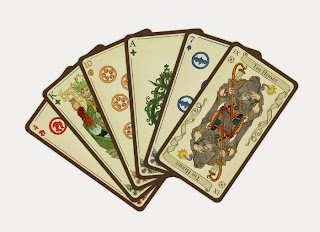 The artwork is really beautiful, and it certainly stands alone nicely as a tarot set for those who aren't interested in the game itself. 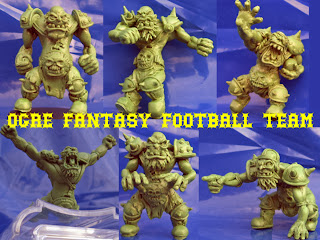 Next up we have the Ogre Fantasy Football Team by Impact Miniatures. This is Impact's 13th! kickstarter, and marks their 12 successful venture. These guys know how to run a small kickstarter with very specific goals and have released some unique miniatures because of it. 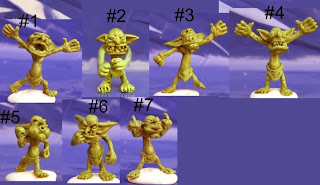 The Ogre team is their 4th sports team and will work perfectly in the most popular fantasy football games in the land. 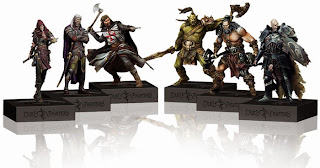 Duel Fighters by Scale Games is a 75mm dueling game set in a fantasy realm. This campaign has some exceptionally beautiful 75mm models and looks like it would be a good starting point for those wanting to get into painting larger miniatures. At £47, the starter sets, which get you two opposing miniatures, are cheaper than a lot of single 75mm models, making it that much easier to get started.

The artwork is lovely, the sculpts crisp and the presentation very attractive. This is definitely one to watch!

To finish off today we have one that you've probably seen, Total Extinction by Sentinel Games. This sci-fi wargame boasts some lovely future humans, gribbly aliens and my own favourite; one of the recent unlocks, gunships! 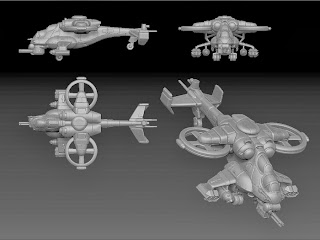 The Stakan gunship looks like a cross between a Vertibird and a Valkyrie and would look great on any sci-fi tabletop!

That's all from me for this week folks.

As always, if you know of/run a crowd funding campaign you'd like to see featured here you can get in touch using the contact form at the bottom of the page, or on twitter via @talkwargaming or @imm0rtalreaper.