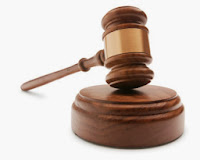 Go to any forum and you will find a the same arguments appearing over and over again on the differences between playing styles, varying only in level of venom and strength of language. One of the core issues is always how closely people should conform to the rules as written; specifically your interpretation of the rules as written.


Each of us has a different threshold; however, unless we choose to just give up a game and walk away we cannot control when the other person is going to stop insisting on their view. So, I thought I would share one of the mantras that let me fight my client’s cases as hard a possible all day while still being friends with the other side’s lawyer at the end of it:

So what does it mean, and how might it help you when someone challenges your interpretation?

When you are in court you need to focus your effort on making your case appear as good as possible, so you prepare it in advance to avoid, among other things, being blind-sided by a new argument and ending up desperately trying to get off the back foot.

The same applies to rules disputes: the best time to have a rules dispute is well before a game, so that you have an idea what the dispute is about and can look up the rules in a relaxed fashion with some perspective.

The last turn of the semi-final is the wrong time to encounter a difference of interpretation for the first time as - even if your interpretation carries the day - you have spent time and energy on working out your arguments that you could have spent on winning the game.

So, as well as preparing your models and your army list in good time, prepare your understanding of possible rules issues in good time: browse forums, even post a crazy interpretation of a simple rule and watch people flock to agree with you.

Despite the venom about rules lawyers, if someone disagrees with an interpretation it is almost always because two people each believe they understand what the rules say. Instead of getting angry that you have been questioned, look at the dispute from the other person’s perspective.
As well as putting the dispute in context by highlighting which parts of the rules you do agree on, it will help understand why they believe you are wrong.

Considering that the other person could be right is particularly important in tournaments where a judge could impose their interpretation; you cannot do anything about it, so why waste time and energy feeling aggrieved?

Accept that you could be wrong. After all, as a fair-minded person, you want to play by the correct rules, not just the ones that benefit you.

Real life does not give you the choice of what happens. If a real shell lands on a real unit, no matter how loudly the general complains the shell should not have been able to hit them - the shell still hits.

Once you have identified a possible dispute, as well as considering how you might resolve it in your favour, consider what you will do if you are not right. If you have a strategy to win based on the rule interpretation you think is less likely as well as the one you prefer, you can hit the ground running once a decision has been reached or even not dispute it in the first place.

Another way to view the mantra is, if you are anything like me, you spent a very small part of your free time actually playing a game and a lot of time between games; so do not do anything during the game that is not playing the game.
By Unknown