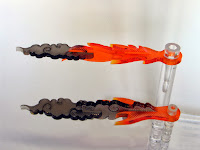 Today we have a nice mix of new releases for your perusal. 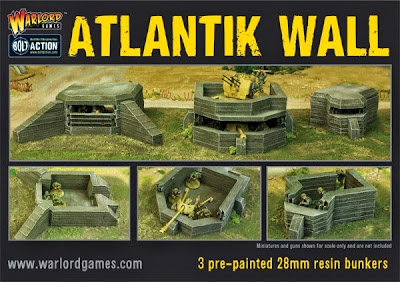 The Germans’ first line of defence was the English Channel, guarded by the extensive Atlantic Wall, which Adolf Hitler ordered to be constructed in his Directive 51. The “wall” stretched from Norway to Spain in varying degrees, but was most elaborate in the sectors facing the English channel. Rommel had the wall fortified with pill boxes, artillery, machine gun positions and extensive barbed wire as well as laying hundreds of thousands of mines to deter landing craft.

Warlord Games with another fantastic prepainted resin terrain set. Three German "Atlantik" Bunkers - coming soon to a battlefield near you. 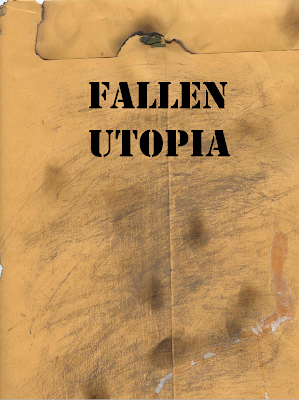 For some, it was a utopia. For others, it was a living hell.
But whatever it was, it’s long gone now. Neon lights and superhighways reduced to scrap and ruin. The apocalypse happened, as many expected. No one knows who started it, only that when the lights engulfed the world, when any god left turned his back on us, we were all the losers.
But for the survivors, life continued. Whether it was in military camps, small towns untouched by the lightbombs, or deep underground, humanity survived.
That was 114 years ago, and now humanity needs something more. Whether it is looking for new farmland, rediscovering technology, or uniting other communities, you have been chosen. It is your job to go out, where no civilized men or women have stepped foot for a century, and come back with something good. You have 10 weeks.
Welcome to the Fallen Utopia.
Fallen Utopia is Homepage Games' debut system and setting. Some of the features include lots of weapon attachments, open ended rules for GMs, and a dynamic initiative system.

Fire and Smoke Markers from Pyrkol 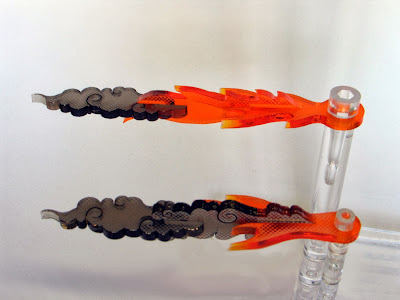 For us each indicator is a design challenge. The indicators can be separated into three parts portraying the three phases of the fire/smoke WWI rules, they can also be mixed and matched in multiple fire and smoke configurations. To use simply assemble 3 flames or 3 smoke markers and fit them over an altitude peg, then each turn remove one flame or smoke part untill the fire or smoke is extinguished.

Pyrkol have released these handy fire and smoke markers over on their eBay store.