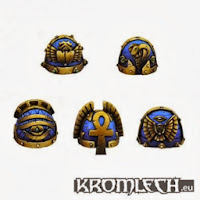 October 10th see's the release of these fantastic shoulder pads in addition to terrain from Sally 4th and Godslayer Amazon Hunters.

At the vanguard of every Amazon tribes are the hunters - light cavalry armed with bow and sword, whose primary job is the protection of the grazing herds.
Agile and fast, these warrior women are the hit and run specialists.
They also represent a decent high-speed melee unit when used against the enemy's lighter troops and war-machines.
Bow-fire is their forte, with their ability to move and shoot twice, then move again in a single turn.
When charged they can make a free shot and then additionally make a free movement away.
Although they are unlikely to take down the opponents heavy infantry, their bow-fire is sufficient for thinning average infantry units and for executing characters. 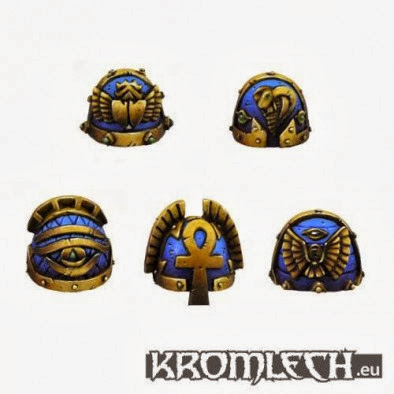 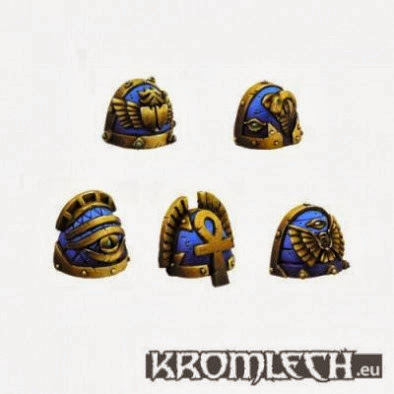 Kromlech have released their Thousand Sons inspired shoulder pads via their eBay page. 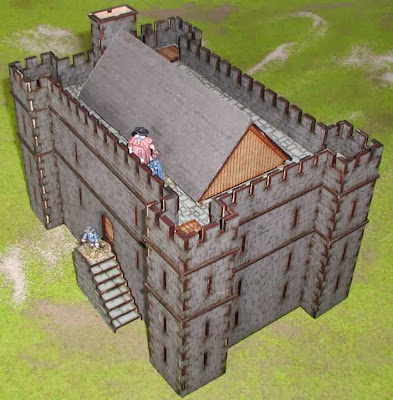 Model size: Length 295mm Width 208mm Height 220mm
This kit builds a typical stone built Norman keep. The keep is 3 story’s high and benefits from reinforced corner towers and a first floor entrance at the top of a flight of stairs.
The wooden roof is removable to reveal the 2nd story hall. Norman keeps often originally had a wooden roof which was tiled at a later period. This roof can be tiled using the optional tiling kit.
The rear wall of the keep incorporates a garderobe.
The keep forms a useful centre piece for gaming through a wide range of periods from Dark Ages through the Medieval period to the 17th Century and beyond.
The Norman Keep is completely compatible with the wide range of Sally 4th 28mm Castle Towers, Walls, Gateways and Siege Equipment and with Games Workshops Mighty Fortress model, which we have included a photograph of for reference.
The kit is available either unpainted or as a pre-painted kit in granite, limestone or sandstone finish.
Price painted £54, unpainted £45