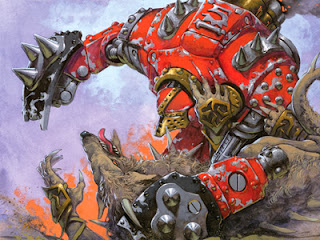 Power attacks can be a powerful tool in the Warcaster/ Warlock's arsenal.   These attacks when used correctly can help turn the battle or open up the route for a win.  If a War Jack/ War Beast has a non-crippled Open Fist then they can perform the Headlock/ Weaponlock Power Attack.

There are some important considerations to take in hand before you consider using either of these Power Attacks.   They do not do damage.  They can only be performed on same or smaller base models. The target can not be a knocked down target.   You have to make a melee attack against them so if the target is a high defense target you might have to boost.  The attacker and, if locked, target will not be able to make special attacks.   The models will not be able to advance or be pushed during a lock.  The final consideration is Strength of the models, it takes a d6 plus STR roll off to break the locks.  If your jack/ beast has the lower strength the lock will go off but there is a good chance it will be broken quickly.

Both of these abilities when successfully pulled off will remove the systems connected to the locked aspect from being used.   Even if the lock is promptly broken when the locked model activates it will lose the initial attacks for them.  Losing the initial attacks on a model with multiple options is not as scary as losing the attacks on a model with a single offensive weapon.

When looking at targets for the Headlock/ Weaponlock keep this in mind.   What system loss will cause the most impact.  If there is multiple systems on one location this is a prime target.   All of the attacks on the Circle Light Warbeast Argus are located in the head.   If you get a Headlock on the Argus it loses all of it's offensive abilities.   If your target is has a mix of range and melee, go for the melee weapon lock.  Most of these are no-brainer selections based on common sense.

There are a set of situations that automatically break a lock.   Any effect that forces either model to move or be placed, knocked down, or either model becomes incorporeal will auto break the lock.   If the attacker becomes stationary or has the system performing the lock crippled the lock breaks.   Finally if either model is destroyed or removed from play the lock ends.  The attacker can also chose to end the lock at any time during it's activation. 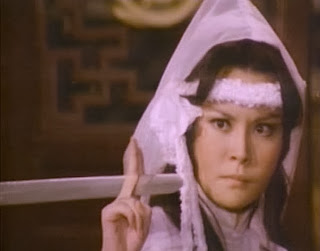 A solid lock performed at the right time can take out a key part of the opponent's offense.   It also helps protect your own models.  If you lock a Reach weapon with Thresher then you're shutting down the very dangerous and large kill zone of the model with that weapon.  There is also the whole cool factor involved with grabbing a weapon then beating the model to death with your other weapons.  While I do not suggest you plan your whole offense around the Headlock/ Weaponlock I do suggest you take the time to consider what benefits the Power Attacks could gain during the game.   Especially if you're fielding models with the Open Fist systems.  The more tools at your disposal the better chance at winning the game.