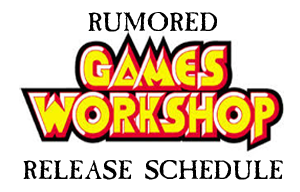 Just a real quick one this morning - the Games Workshops 2014 rumored release schedule.


This was posted on 40k Radios facebook page a couple of days ago. 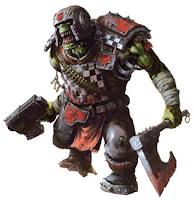 So Orks are the big one missing from the list - possibly February? I was mistakenly under the impression they were a January release (no idea why) so it's likey they're pushed back to June and beyond - or... December 2013? (wishful thinking).

You'll also see in the side column that I've added a new section entitled "GW Rumored Release Schedule". I'll keep this updated with the latest schedule everytime something new appears.