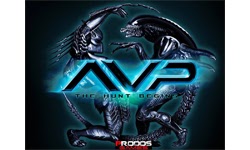 Prodos Games launched the facebook page for their new Alien Vs Predator Miniature Game earlier this evening and gave us all a first look at the miniatures they teased earlier in the month.

Check out the pictures below! 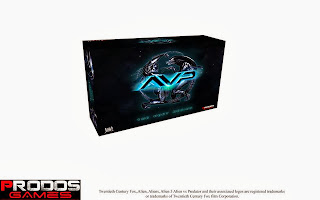 First up we have the box art. There's very little information on the game at the moment but from the box style it looks like we might be seeing a self contained set. Something a little similar to space hulk in feeling would work well for the IP and would suit a box like this very well. 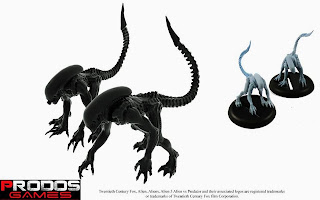 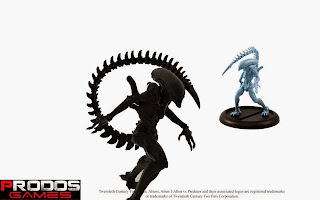 Next up a couple of renders and 3D prints of aliens. These are looking very nice and I can already hear the squees of 'nid players all over the land! 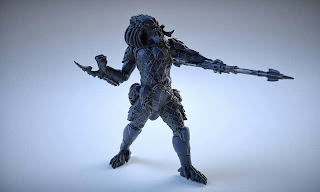 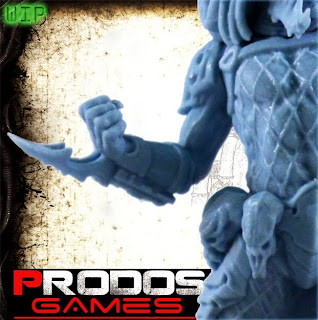 Then a couple of shots of the predators. The detail on these initial prints is amazing and if it translates into the productions models, these will sell like crazy! 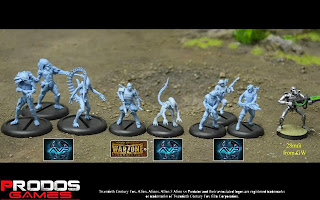 Lastly a size comparison shot, and our first look at some of the colonial marines. It's difficult to really make too much out of the marines in this shot, but if they're of a similar level of detail as the other minis, the'll be great. This shot also gives us a look at some of the other predators, which are looking bad-ass.

There you have it folks. No matter how much of my money I throw at the screen we still don't have much information on the game itself, and what platform it will be launching from (retail or kickstarter). But as we know more, so will you!