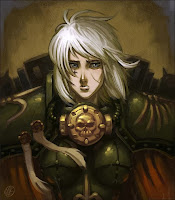 That's right, we've got even more to comb over today. Whose ready?


Games Workshop: Digital Editions struck again, this time in their weekly blog post over on the Black Library website, and posted more images from the new codex for us to drool over while we wait for the preview to become downloadable.

So let's take a look at what we've been given today: 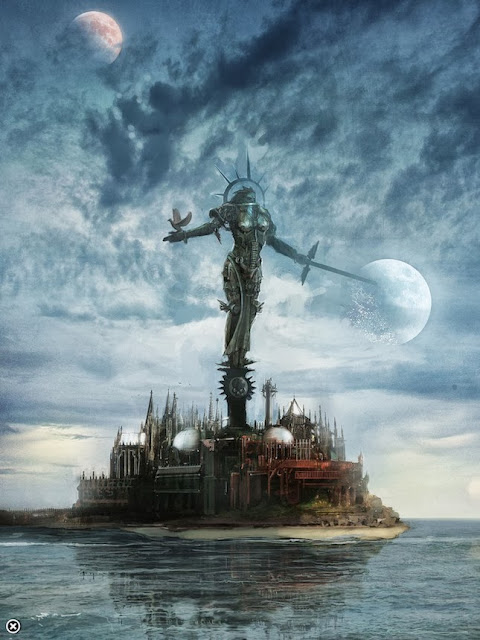 Some people out there might recognize this image from the Dark Heresy table top RPG game. If you don't, that's where it was originally used. It's great to see wonderful art pieces like this make it into the codex. 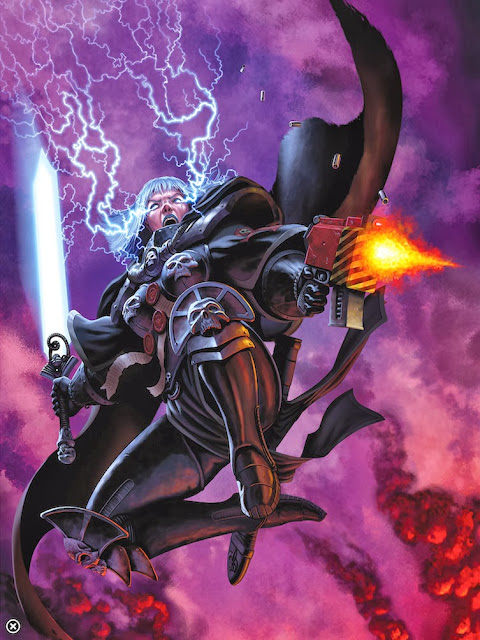 Even Ephrael Stern (from the Daemonfuge graphic novels) managed to get in on the action and has managed to make it into the codex.  No word yet if she's making an appearance in person though. Maybe in an Altar of War mission? 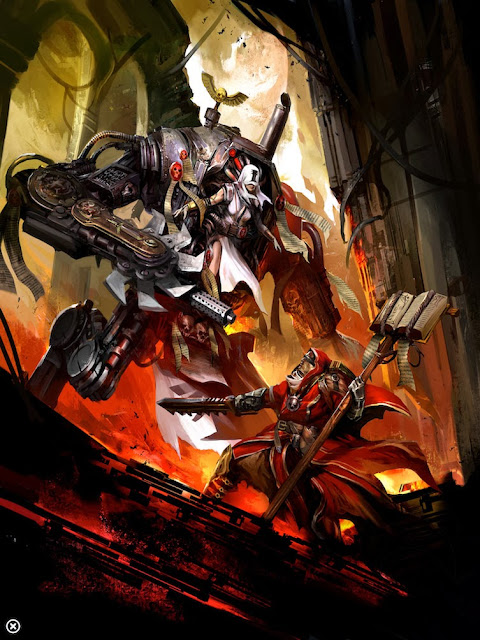 Another great Dark Heresy image made it in too. It's not all classic art though as there have been claims made that there is a bunch of new art in the book too (and not just the cover art either!). 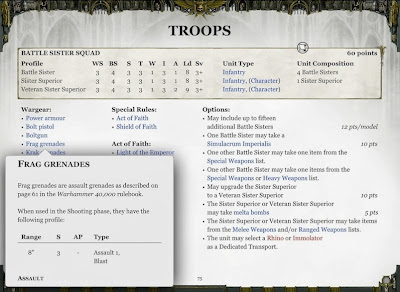 This little image might be the tone setter for what we can expect. Now for those who don't know what the old WD codex has to offer here's what changed: 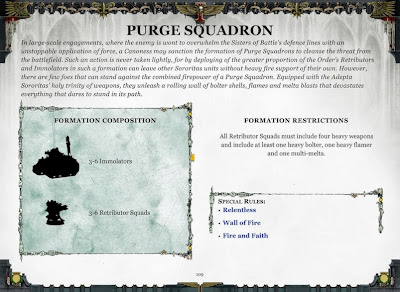 For those who don't know, this is a slight update of the old Apoc formation. It's free now, which is good, but we won't know how good it is until we can see the actual rules of course. 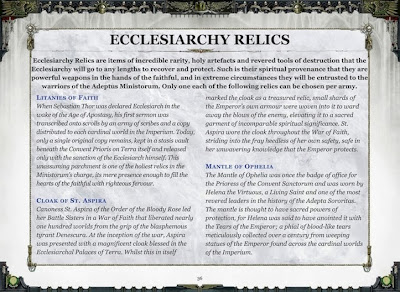 Only 3 relics so far, but 3 good ones from Codex: Witch Hunters. Litanies of Faith used to let the model carrying it pass an Act of Faith test once per game automatically, the Cloak of St. Aspira gave a model with a 2+ armor save, and the Mantle of Ophelia let you ignore the first instance of Instant Death you experienced per game.

Of course that may not be what they do anymore, but it gives us an idea of what they might do. So its safe to say that things are going to shake up a little bit from that alone.

But that wasn't all! They had a little more news to give us about the codex that we hadn't heard yet:


So that's all we got today. Who knows what they'll tease us with tomorrow? I sure don't.