It's likely you're aware of this but for those that aren't or even those few that want to know my opinion on the situation here goes - Beasts of War have been forced [by Games Workshop] to cut ties with Wayland Games.

Here are a couple of comments I saw posted on various sites around the internet. Pretty much every single comment I've read alludes to the "fact" GW are evil bla bla bla. Take a step back, think for a second and pull your heads out of your arseholes. I'll explain my thoughts after I dissect these two. 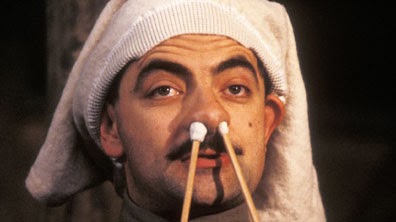 I think you should stop covering GW stuff directly. - errr...NO
GW is clearly doing this in order to destroy other companies that are getting tons of money on Kickstarter and BoW + Wayland Games was giving them great coverage to those new games while having the attention of the GW fans that where lured to different games ( AND I THANK YOU FOR THAT! I would never knew about Mantic Games and many other awesome games if it wasn’t for BoW ).
I know that [to] stop covering their stuff will reduce views - I think that sentence alone has totally invalidated your opinion - and is a risky move but feeding a behemoth that doesn’t want to be friendly with the rest of the industry. I know that Wayland Games can’t do it either since is probably a big part of their source of income… but again Kickstarter proved that many people ( and money ) is moving towards other venues. I just keep on thinking that if all the players in the industry avoid GW completely they will loose the power and presence. - sounds like a plan - until the next AWESOME GW release gives me another semi
I’ll stop my rant, i’m just angry at this and the fact that people like MWG after being attacked by GW still keep show their content, is a very abusive relationship and you don’t deserve to be treated that way.


I'm not sure "cutting" ties with Games Workshop is financially viable for Beasts of War. Unlike many sites (my own Heresy-Online, Bolter and Chainsword, Librarium Online, Warseer and the countless others) Beasts of War has overheads beyond server fees. Losing the revenues created by GW coverage wouldn't (this is my opinion - don't quote me) be viable.

It's easy to stamp you feet and scream "EVIL GW - DROP THEM" when the reality is GW Rumors make up a MASSIVE slice of the online wargaming pie. No one in this niche can ignore them.


This is the real result of GW’s idiotic tactics. - but are they idiotic tactics? They drive customers away. - they do? you have a source for that? This is how the GW legal department works to “protect the brand”. Morons. Absolute morons. If I were a shareholder, I’d be livid at this kind of stupidity. - unless you were making money right? It only weakens and erodes the long-term profitability of the company to not only turn down, but actively punish people who are promoting your product for free because they want to evangelize it on your behalf. How arrogantly stupid does someone have to be to think this is even a remotely good way to run a business? - so let me guess you'd drop prices, give freebies to every smelly kid and open a creche in every GW?


From what I hear GW cannot supply enough product for the market demand. No matter what they do with prices they still sell more than they can make. So losing customers? No - far from it.

GW are not against Beasts of War "promoting" their product (if they're so against independent coverage why the 40k Radio love in of recent years?) - they are against Wayland Games indie retailers - I worked for Wayland Games personally for 2 years and saw/heard a lot. At the top end of the independent retailer chain it really is a chess match of legal moves. Fortunately for us Wayland Games have matched GW every step of the way. This latest sneaky GW move seems to have worked for them though (assuming the split of BoW and Wayland Games was Games Workshops intention). The rampant conspiracy theorist in me is wondering if this action (distancing BoW from Wayland Games) was engineered by GW to increase their global appeal through Beasts of War.

Is that idea worth considering? Would they play that many moves ahead? Are they [GW] that smart?


Anyway, I think this here is the beginning of something big - Beasts of War reporting on GW Rumors, News and New Releases without fear of harming Wayland Games is fantastic.

Games Workshop it seems have awoken the beast.