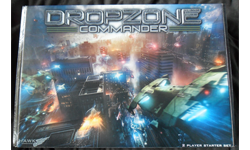 Hey folks, time for another product review. This time, we're going to be taking a look at the 2 player starter set for Dropzone Commander by Hawk Wargames. I've been looking forward to this release for some time, so let's dive straight in.


We'll kick things off by unboxing the game and taking a look at the components. 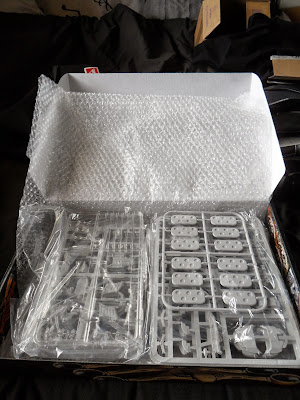 The first thing you'll notice is how much stuff there is in the box. In addition to the two armies, you get the full colour rulebook, dice, tokens, tape measure and a full card battlefield. Let's take a look at the sprues: 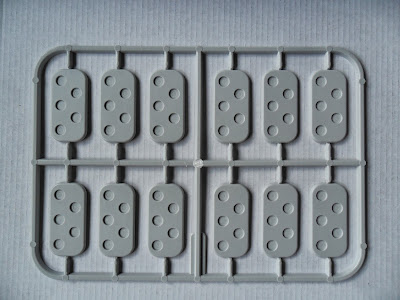 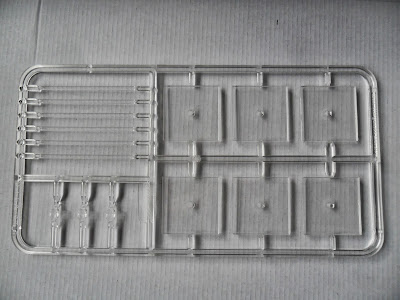 We'll start with the least interesting ones; the infantry bases and the flying bases. There's not a lot to say about these (other than don't flue the flying bases to the models until you've painted them) 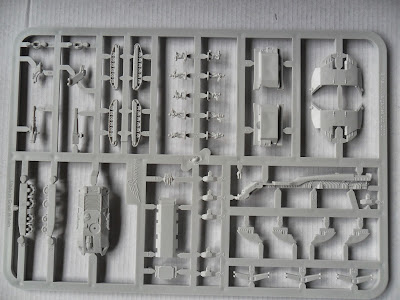 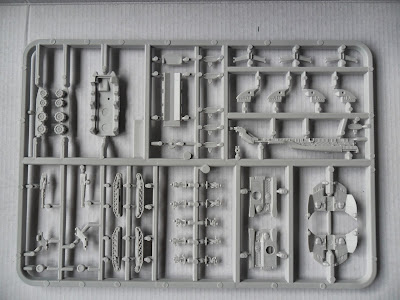 So next we have the United Colonies of Mankind (UCM) sprue. You get 3 of these in the box giving you a nice little starter army. 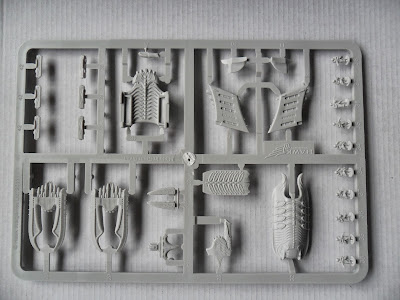 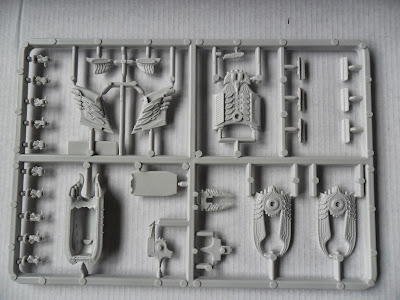 Then we have the scourge. Similar to the UCM, you get 3 of the same sprue giving you your army. This means that both armies have 1 APC left over that can't be used in the army. This is ideal for testing a paint scheme on, or hold onto it for when you start expanding your forces.

So, with the sprue pictures out of the way, let's get into the meat of the review:

The amount of character in these models is really something else considering the scale. The UCM have a recognisable human military look that shows an evolution from 21st century vehicles while retaining a sci-fi look to them.

The sharing of the hull between the Saber and Rapier follows shows a real world functionality in the UCM design ethos (get as much use from a single design as possible). This can cause an army to look "samey" for lack of a better term. And does happen a little bit with the bare plastic. But by adding varied schemes, squad markings and other features with painting, the army will look much more unique.

The Scourge all share a very alien look reminiscent of the Scrin from Command and Conquer (something which I'm a massive fan of, personally.) Their insect like design is carried through all the vehicles and even though the physical design of the vehicles is different, it's very clear they are from the same faction.

Despite the mechanical nature of the vehicles, the Scourge are still a very organic looking race.

All this means that even though your armies will largely be made up of a similar type of vehicle, the force as a whole will look coherent, but unique.

Really, the only drawback in terms of character for this set is the infantry. Because of the scale (10mm) individuality to hard to achieve in the infantry. Both of the factions have unique features to set them apart; the Scourge wear long coats and the UCM look more like a standard military unit.

Overall, character gets a 9/10

The detail in this set is outstanding. The level of detail the folks at Hawk have managed to work into such small miniatures baffles me (I'm quite sure Dave is a witch. . . )

From individual tank treads, to minute rivets in wheels, to the vents in the Scourge vehicles. There are details worked into every millimetre of the vehicles in this set.

Again, the only let down in terms of detail here are the infantry. But once again that is a result of the scale. Miniatures still have individual weapons and small details like goggles, backpacks and boots. But things like hands and flesh are difficult to pick out.

However, infantry on this scale are going to be tiny at tabletop level so you won't really notice.

The quality of the Dropzone starter set is outstanding. All the miniatures are very well cast and have really sharp features. I didn't have to clean a single mold line on the UCM miniatures, and the scourge only took minimal cleaning.

However, one thing that did occur to me is that over time, as the molds begin to wear, we could see some real problems with flash, particularly on the infantry. A bad case of flash would ruin the infantry because of their small size. These concerns are many thousands of castings in the future, and I'm sure the folks at Hawk have already begun to think of these things, but it's just something they need to be keeping in mind.

That said, the present quality of the kit is fantastic, really top notch.

Up until now, one of the main things keeping me (and I'm sure many others) out of dropzone, has been the cost. The quality of the miniatures has always been there, and I've always wanted to pick some up. But when it's hard enough to convert your gaming group to a new game anyway, you need a low starting cost to get things going.

This starter set achieves that goal. For not much more than a single unit in other games you can get an entire game in a box. Not only do you get two armies large enough to play satisfying games, but you also get an excellent quality, full colour rulebook. And if that wasn't enough, you get all the dice, tape measure, and counters you need. What really sets this apart from almost everything else on the market though, is the battlefield. You get a beautiful paper battle mat as well as a bunch of card terrain that means you really can play a full, great looking game, out the box.

With the number of games available on the market at the moment, being able to pick up and play (and I mean really play, terrain and all) straight from the box is a huge drawing point.

It also immediately immerses you into the game. You don't have to play on a plain kitchen table, or on a sheet raised with books. You can play in a detailed city within minutes of opening the box. Value for money in the wargaming world doesn't get much better than this!

The service of the guys over at Hawk is brilliant too! I spoke with Simon who was really helpful and got my starter set out nice and quick. I'd happily (and almost certainly will) buy from them in the future.


Overall Dropzone Commander Scores 9.5 out of 10.


To finish things off, I snapped a couple of quick pictures of my minis set up on half the supplied board with a few of the buildings. 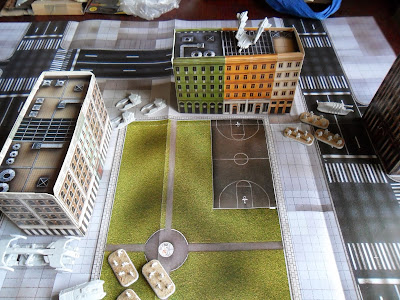 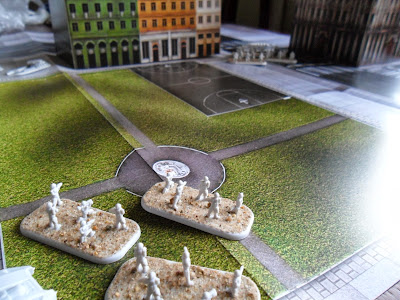 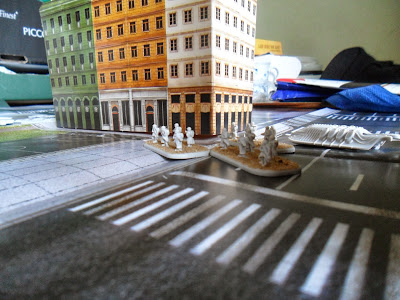 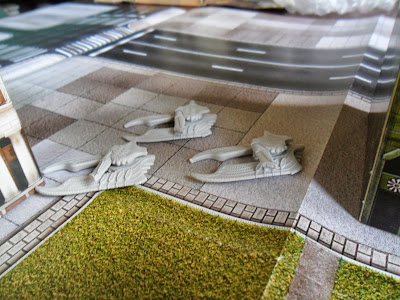 There you have it folks, the new starter set for Dropzone Commander. A great box set filled with beautiful miniatures I can't wait to start painting.

Are you a Dropzone player? Or are you thinking of starting? Let us know in the comments below.