Hello readers, Bayonet here bringing you the first of my new regular feature "From The Fang" - dedicated to the army close to my heart, Space Wolves. 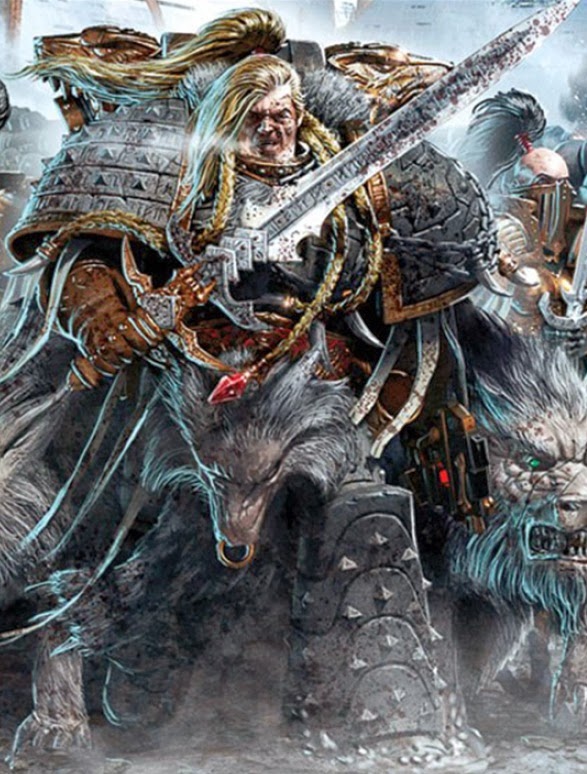 In the spirit of not rehashing what is already floating around cyberspace, my first article will be looking at a new idea of mine. This idea was born from wanting to squeeze a small Deathwatch team into my Space Wolves collection but still using the Wolves' Codex.

Weighing in at 23 points per model I bring you the 5 man Wolfguard hit squad. I'm currently running a 3 drop pod list whereby 2 pods filled with Grey Hunters come in first turn and occupy some vital piece of terrain together whilst the rest of my army catch up. The 3rd Pod (which now comes on as normal reserves allowing me to identify it's optimum drop zone) has my little Deathwatch Team which is just 5 Wolf Guard with a Combi-Weapon flavored for their tasking. 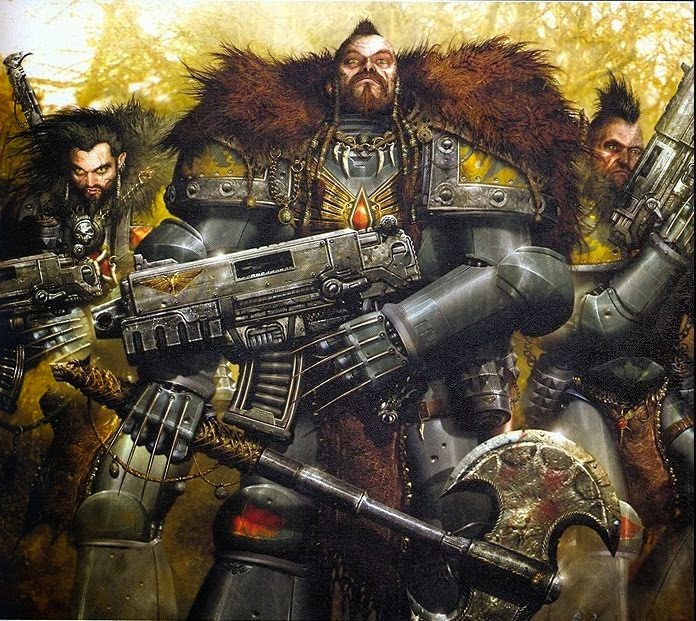 Costing a little more than the 5 man melta-scouts that popularly fill the gap of back of the line armor/fancy unit popping. These guys are more flexible due to the 5 combi-weapons and more durable than the scouts making them worth the cost for me.

This unit fits nicely in 1750 or less games, when we hit 2k then Terminators will generally win out for the niche that these guys fill. So what sort of effect can these guys have? Typically your 5 combi-plas will be used to take out MCs or 2+ armor save elites (I'm looking at you Oblits), we've got the 5 combi-meltas if you know you're going up against something like a Guard artillery list where there will be back-of-field armored threats, and finally combi-flamers for clearing weak troops holding home objectives.

Ultimately this is likely to be a suicide unit, but it can just as easily be thrown into a Rhino and used to counter threats mid-game or even run with a Wolf Priest for some re-rolls goodness in low point games. It's a  fairly cheap way of getting a concentration of special weapons into your army much the way that Chaos Chosen can be used for Chaos Space Marines. For me, I enjoy a little fluff and it's gave me an easy way to get a small deathwatch kill team into my collection!