EDITORIAL: Are There Minimum Criteria to Call Yourself a Player? Dave T Hobbit 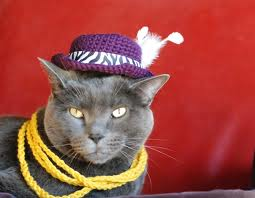 A few days ago, I overheard a conversation about people with fluffy armies being hobbyists not 40K players. The argument was that the purpose of a game is to try to win, so if you put non-rule concerns above trying to win you are not actually playing.

I am not drawn in by this argument for a number of reasons: for example, the Blood Angels Codex and the Black Templars Codex (or nearly any other pair of Codices) are generally acknowledged as not being at exactly the same power level, so - if trying to win is the only test of playing - using a weaker Codex means you are not a player. However, it did make me wonder (as I spend much more time collecting than playing) whether there is a point at which you cannot describe yourself as playing 40K any more?

My first thought was that, if a new Codex came out for your army, you were no longer playing that army if you did not take reasonable steps to obtain a copy (including borrowing it from someone and agreeing with your group you would stick with the old Codex). So, the same general rule could apply to 40K overall: if you do not have ready access to a main rulebook you are not playing.

My next thought was how long it has been since you actually played a game. On the face of it, if you have not played for some time, you will at some point cease to be a player. However, this line did not seem as clear cut as it might initially. For example, if your job has you working night-shifts for six months, or travelling from place to place then it seems reasonable to not count the time you could not realistically play as having stopped playing. So maybe the separation is based not on how long it was since you played, but how long it was since you turned down an opportunity to play? Someone who is invited to several games, but does another hobby instead each time, might well have stopped playing.

So, putting these thoughts together, a player would seem to be someone who usually takes the opportunity to play 40K when available.

Of course, the wider question is whether a guideline to who is or is not a player is of value. Many activities are different when actually done rather than considered theoretically: if playing 40K gives insights that cannot be found by extrapolating from the rulebook alone, then I feel it is useful to make the distinction.

Does anyone have a different dividing line? Or feel the distinction is irrelevant?