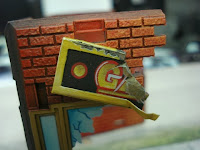 The Hawaiian shirt wearing badass I spoke of following my visit to Mantic HQ has been aired officially on their blog. Ladies, Gentlemen and Martians let me introduce Buddy. 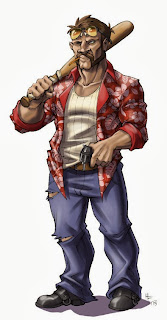 I like  this figure a lot. Buddy has tonnes of attitude and swagger that growls "Mention my shirt - I dare you"  Probably the last person you'd want to bump into if you wear blue armor and walk around with a fishbowl stuck over your head.

The detailing on this shirt is amazing, easily the best painted figure I've ever held in my hand. 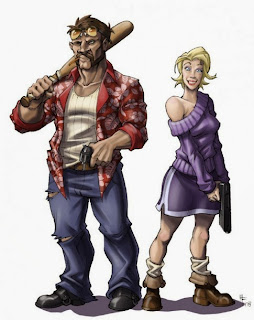 Buddy and Brandi are trouble, plain and simple. Wanted on sixteen separate murder charges in West Virginia, they’re on a cross-country flight from the law – and nobody better get in their way. They’re your classic mismatched couple; he’s a cocky brute with a bad attitude and a hair-trigger on his temper, and she’s a misguided kid who’s head-over-heels in love with him. Hey, nobody’s perfect, right?
Cruising down the interstate in their stolen Cadillac, they passed a billboard shouting about Greenville Savings & Loan – take the next exit and start saving for a better tomorrow! – and Buddy decided they should stop off and make a withdrawal. Brandi wanted to take a break and get a bite to eat first, and Buddy realized long ago that life’s easier when Brandi gets her way, so they pulled into Ronnie’s Diner for a burger. Good thing they did, too. While they were holding the manager at gunpoint (why pay extra for onion rings when you’re the enterprising sort that carries a .38?) the sky outside lit up like the Fourth of July.  Turns out that if they’d headed straight on into town they’d have been at the mercy of the first wave of Martian invaders.
Still, as Buddy always says, you make a plan, you stick to it. Besides, what an opportunity! Who’d give a damn about a pair of small-time crooks when the whole world’s going to hell in a hand basket? The cops would have way bigger fish to fry…

Below are some more images I found over on Gmorts Chaotica. The smashed GW sign is particularly amusing. 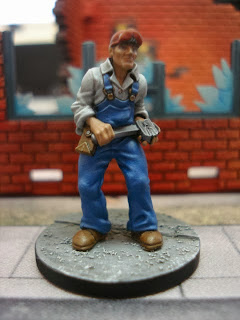 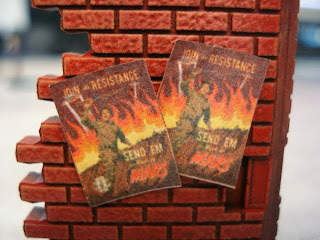 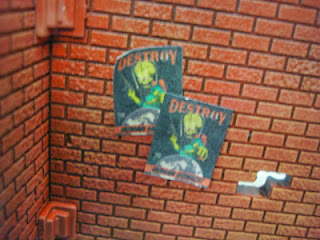 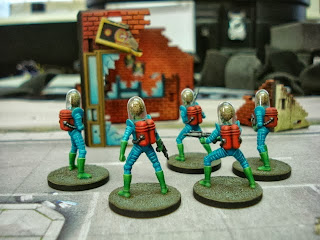