EDITORIAL: Do Tournaments Place Too Much Emphasis On Victory In Battle? 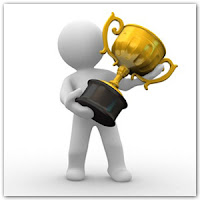 Almost all tournaments (at least for Games Workshop games), whether official or not, have a minimum painting standard, often three colours, and this is usually enforced with penalties for players whose army does not meet the standard. If a justification for this rule is given, it is always that this is a complete hobby not just a war-game, so more than pure generalship goes into it. If pressed further, organisers will often say that most players turn up with a fully painted army, so it is unfair to force them to play against unpainted models. So, the rule is more about the opponent than the player.


But tournaments do not actually apply a penalty system that is based on not forcing your opponent to play against an army that ugly: it is unacceptable to field a skilfully converted force that is not fully painted, but acceptable to field an army that has been painted in neon pink enamel, dipped in wood-stain, and inaccurately daubed with green on a few areas.

When it comes to fluff the scoring is even more lamentable: most tournaments do not require even a brief background to the army. The tournaments that I have encountered that do, have either a small positive or negative score for the having one or not; a score that is sometimes eclipsed by the score awarded for not forfeiting a game by forgetting to play it. Even where the score is of the same order as the game results, there is not quality control: an army filled with Long Fangs with “My Space Wolves like to wait for the enemy and blow them up” written on the army list scores the same as an Eldar Army with a separate side of A4 detailing how a desperate victory over Tyranids has left a Craftworld lacking in Warlocks.

Many players argue victory in battle should be the only scoring criteria; that painting and fluff should either attract a separate prize or not be part of a tournament at all. It is not an argument without merit.

However, the hobby is a mixture of playing, modelling, painting, and background. To make tournaments about only one of these will risk driving away players who know they are not the best generals. In the short term this might not be a problem, but some of those players would have learnt from the tournament, and become better generals; by reducing their incentive to participate outside a small group of friends, tournaments would in the long term also reduce the pool of challenging opponents.

Having a point here for gluing flock on bases, and a point there for owning a can of spray paint satisfies neither those who want to face challenging opponents nor those who find the visual spectacle one of the reasons it is more than a game of draughts. Maybe it is time to score other aspects of the hobby on the same level as win-draw-lose.