AUGUST STATS: Bring on the BISCUITS 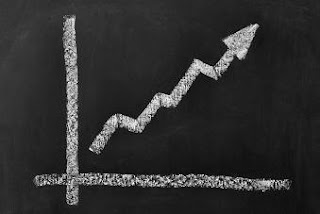 Welcome to the first of my Monthly overview posts. This is where I'll go over the traffic stats, busiest posts, most views generated, most comments, biggest referral websites and any other stats and observations from the previous month. I'll also share a few truths and let you guys in on whats occurring here at Talk Wargaming HQ.

So, month one of this new "blogging adventure" has come and gone and boy have I learned a lot about both the blogger platform (which sucks like Wall-E with a Nitrous Oxide rod shoved up his exhaust) and blogging in general. I had a dabble with Social Media and was warned for aggressive befriending on Twitter, Facebook and also managed to piss off the /r/warhammer group on Reddit - although people that go around with "wielder of the mighty banhammer" in their username are welcome to do the Cossack Dance on lego for all I care. If, despite my shortcomings with social media you somehow managed to find your way here thanks for justifying the countless hours I didn't sleep this month. *Bro-fist*

This "stats column" is interesting in the sense that (as far as I know) no one else in the wargaming blogosphere shares their info like this. Our niche seems to be a little cutthroat, people clamber to post stuff, or blatantly copy stuff then try to promote it as theirs, or rage at you for posting something that doesn't completely conform to their warped ideals - its all really funny to watch and took me by surprise as I was under the illusion that bloggers were a group of hippy circle jerkers and would be far more receptive of one another. We've had some abuse from certain areas to, only two days after launch we had the heavies from another site in our chatroom spoiling for a tear up - I wont highlight who they are but they themselves know and I can only hope that they stop acting childishly and learn to love us!

I've also tested out and wasted a lot of money on Facebook adverts, launched a new short fiction column, published the first amazing story by Josh Reynolds, hired the worst logo design company ever and finally stuck a set of pirate eyes over the words Talk Wargaming.

Right then... (this piss poor unstructured column will evolve as we grow so bear with me)

ON WITH THE SHOW!

Lets start with the post stats. Be prepared for a Beaky overload now because the GW poster boys were very much the trending topic this month.

I'm not sure it's even worth mentioning comments at this point, we've had a few per post but nothing remarkable. I think I'll put this one on hold for the next month.

The following is interesting and shows where the bulk of the traffic that came to us was from. Dakka of course is KING. Reddit snuck in around joint second with Nafka who also sent a lot of people our way. Massive thanks for that one Nafka.

The demographics are pretty standardized across the niche, the stats are similar to those on my forum, US with the big one, UK sloppy seconds and Canada, Australia plus Germany out back with the fluffers waiting for the money shot.

Chrome are sticking it to the competition for browsers, Firefox is still my baby though compounded by Riots inclusion of the Nine Tail Fox Ahri.


OK points to take into September

Thanks for reading and I pray you all have a cracking September!

Bring on the BISCUITS
By Unknown