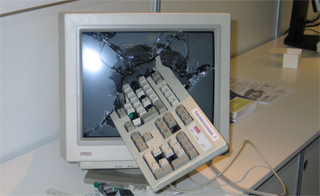 When I sat down this week to write my little article I'd considered a number of topics, but then new rumors dropped for the Space Marines on the 3rd of August and I watched the Internet lose it's mind. So let's talk about that instead. I'll do my best from turning this into a full blown rant (though be warned there will be a lot of "opinion". ahead) And as a disclaimer: None of this is targeted at anyone, these are just my feelings and thoughts after all the nonsense I've read recently.

So the biggest reactions I saw were an outcry from two camps: Dark Angels and Chaos Space Marine players. Now I saw others, but those were the big ones so I'm going to stick to talking about those. Both were upset for their respective reasons about the recent rumors for the Space Marine codex. The Dark Angel's main complaint was that they wouldn't get any of the C:SM toys and the Chaos Space Marines were upset that they didn't get a legion rule set like the Chapter Traits one.

The main thing to remember about rumors is that we don't know what's actually going to come about in the newest books, we're trying to put together a puzzle from the pieces give to us. Sometimes the picture is right, sometimes some extra pieces that don't belong get in, but overall we don't know what we're supposed to be making until the actual book drops.

And that's what bothers me with the reactions I saw today. They were written as venomous statements about how the Marines were screwing every other book over (oddly no real complaints from Eldar, Daemon, or Tau players so that's hard to see as fact) because DA were different and Chaos didn't go back to having Legion builds.

Those aren't real arguments though, but instead complaints being lodged about wanting their cake and eating it too. DA players who don't want the Vanilla book to take their toys and rules again but then complain when the book does something different from them suddenly it isn't fair because they can't have it. I don't see people lining up to make them share Corvus Hammers, or T5 Terminators with Storm Shields but yet the cries of "unfair!" are already spreading across the internet as if it where a fire through a gasoline plant.

Here's the thing about what GW seems to be doing with the Marine books as of 5th Edition at least: everyone gets different stuff. Stat lines, core vehicles (basic Rhinos, drop pods, Land Raiders, etc) are shared, but a lot isn't as the Marine codexes are desperately in need of being broken apart in terms of play style. The player base is tired of paying money for differently colored Marines and GW is listening and trying to give us variety. This means not everything the Marines get in their book will end up being in the Space Wolves, Blood Angels, or even Dark Angels books (jury seems to still be out on Templars) and vice-versa. And this is good news as it promotes really building an army to your codex, not building one that switches to take advantage of the best rules.

As for the Chaos Marine complaint: seriously, just stop. We've had a strong and firm statement come from GW: the majority of the Legions are heavily fragmented and work more as war-bands than anything else. Yes there seems to be some hope in supplement books for some Legions at least, but stop jumping up and down on the C:SM book just because your jealous that the Devs felt that Chaos needed to be less similar to that book as well. There is plenty of good (or at least decent) stuff in the Chaos Marine codex, so stop biting off other people's heads that you didn't get your point and click adventure Codex back from its 3.5 version, and quit throwing tantrums about stuff you never really had (Cult Terminators for example). If you really hate the book that much maybe it's time you found a new one because obviously you can't seem to have fun with the one you've got now.

My long-winded counter-argument to those complaints aside, the thing is that getting worked up over rumors isn't healthy. You're committing a lot of energy and inflicting a lot of stress on yourself over something that might not be true. It's much more fun to sit back and see if you can guess what the picture will look like before it comes out than to try and start flame wars online because you're mad that your book didn't get X.

Then when it's said and done, and the real codex is released then you can sit back, take all that new codex information in (like points costs, rules restrictions, etc) and then really decide if your book was invalidated. Chances are, it wasn't. Every book seems to have tools that people aren't even fully tapping into so far and it's great. We have combinations that haven't even fully been realized inside of books because the need to really get into the way the book is designed to work hasn't even happened yet. I think the game will keep changing until all the books are out then we'll be able to really sit down and determine what is good and bad inside of each book instead of just latching onto the most obvious choices.

And unless the Heldrake gets nerfed it'll still walk all over a Marine army so really Chaos Marine players, quit bitching. You've got THE BEST FLYER IN THE GAME (one that is perfect at killing just about everything else in the game) and crying about how you didn't get all the new toys on your wishlist is just unbecoming of you. Seriously, stop it.
By Zion