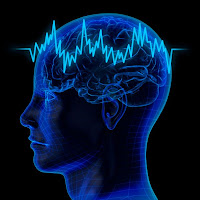 Zion's Thoughts is my weekly bit where I dig into part of the 40k hobby and share my opinions.

How often have you, or someone you know, ever said "this unit sucks" or "that unit sucks" or even "you should never take that unit"? Now be honest, most of us in this little hobby have. And most of the time, we were wrong.

"But-!" I hear you protest, "This unit is the worst thing GW has ever made! You'd have to be an idiot to use them!"

And if you're talking about the current 5th Edition Pyrovore, you're pretty much right, but everything else I'd have to argue that you're likely wrong.

But before we go much further, let's talk about what kinds of bad units there are. It's really a short list as there are only two real entries:

First we have the unit that is truly, and objectively, bad. No matter how you play it, it never works. Not as a distraction, not as a sacrificial unit to take out something bigger, nothing works. These are the true "bad units", the ones that just don't work anymore due to an edition change, or rules that don't benefit the unit properly and allow you to use it effectively anymore.

And that's the real problem that arises, people are confusing a unit that isn't as strong as other units in their codex with actual objectively bad units. With GW's recently changes in 6th Edition and their efforts to make new units over shadow old ones less we see this confusion more and more. So let me say it clearly:

Just because a unit isn't the most competitive option in a codex, doesn't make it "bad".

Now I know some people will still want to argue about this, and I'm alright with that, that's why there's a comments section, but hear me out completely before you go trying to lynch me for this.

So how can we tell which units are actually objectively bad? By answering this question: can this unit preform its job?

Since I brought up the Pyrovore earlier, let's use it as an example of a unit that is objectively bad First, let's look at what it's supposed to do: hunt hordes and low armor units. It's designed to kill units of low armor creatures quickly through use of its primary weapon, the Flamespurt, which is effectively a heavy flamer.

So why doesn't this work? First is the range. The Flamespurt is a template weapon, which gives the model a maximum range of 8", which is effectively 14" if it moves. So for the Pyrovore to get into range to hurt other units it is already in the other unit's range to be shot at. And with a maximum of 3 unit, those 6 wounds at T4, with a 4+ don't last very long, so obviously walking them up isn't an option, even if they're screened by another unit they don't have the durability or range to effectively engage enemy units that way.

Well what about if they have a Spore Pod? Well now they're at the mercy of chance as they both need to roll to come in from reserves and need to scatter for deep strike. Even taking into account the 6" disembark move they get from the pod, they can still end up suffering a Deep Strike Mishap, land too far away, or outside of synapse which would result in the unit charging the nearest enemy unit if they fail their leadership test. Add in the fact that 3 Pyrovores in a pod comes in at just a $.25 piece away from 200 points, and it's a lot of points to gamble on the unit.

This results in the inevitable conclusion that no, the Pyrovore can't properly engage in it's assigned roll without a considerable amount of luck and due to their fragile nature and high points cost aren't worth the gamble.

Now is this to say that units that can't do their jobs unsupported are bad? Not in the slightest as most units need help from others to help them achieve there jobs, be it by helping remove units from armor, or screening them as they move up the board and so on.

Of course sometimes a unit's role changes from edition to edition and codex to codex. Banshees are a great example of this as they've moved from a straight on assault unit to a counter-assault unit best used in engaging units that are already engaged. These shifts in roles do mean that sometimes the unit has to be re-evaluated as it no longer does what we expect.

Naturally, there are units that do their jobs much better than the other options in the codex. Sometimes they can even preform more than one job equally well. These units are often seen as the only competitive choices in the book and often are the easier to employ in their roles. This doesn't mean the other units shouldn't be seen as functional, just more complex in how they need to be used to be their most effective. And I believe no one should be afraid to use a unit that isn't one of these easier to use units as properly utilizing a unit that needs a little more finesse is fairly rewarding and can throw your opponent off kilter because they weren't expecting you to use something that wasn't the obvious go-to choice.

In the end though, unit choice shouldn't be limited to what is seen as "good" but what works best for you as a player. Everyone has their own slight twist on how they like to play and often your game drastically improves just by choosing the units that work best for how you want to play over those who are just seen as "good" by the community as a whole.

So I've talked about "bad" units and what it really means to be a "bad" unit, so let's hear from you. Do you have any "bad" units you like using? How do you make them work for you? Disagree with me and want to call me names on the internet because of it? Comment below and let me know!
By Zion