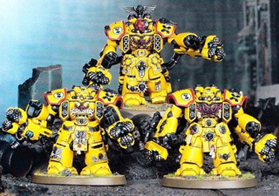 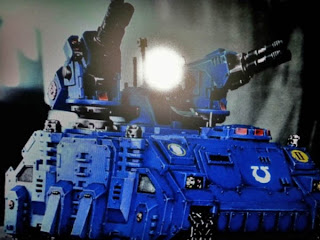 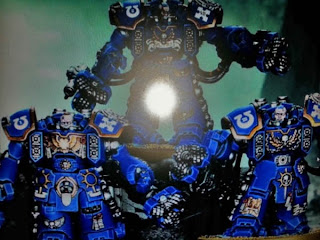 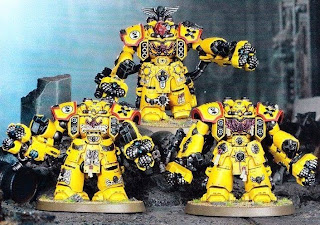 So far I've heard around 90 barfing sounds and 10 squeals of pure delight. For those that have only just stumbled upon these images  the centurions have been slated - very vocally.

Let me introduce you to some of the comments from the forums...

"It's almost like the design brief was "Try to make Marines even more ill-proportioned!"."

"Yeah, Centurions look kinda stupid. I think they will look better with helmets and some conversion work"

"I think the centurions look frickin' awesome! Thanks for the pics!"

"They're just sort of blobby and wall like. Like when people put on those big fat sumo wrestling suits:"

"Those suits look pants on head slowed.
I now have a new "most hated model". "

"Looking at those centurions again, and in hindsight they are not shite, they are fucking eye bleedingly awful, like the flyers I do not care how good they are I will not get these models!"

"These look ridiculous. Those things won‘t be catching anything in CC unless it falls over pissing itself laughing from having watched these guys attempt to run it down."


"The up-armored Rhino looks pretty cool, though I'm not sold on the two independent guns."

"The AA Rhino looks alright though, and I'm glad it-s rhino-esque which will probably mean AV11, so it won't be too hard to take out."

"That stalker is awesome, it almost makes me wish my group played more flyers."


My personal opinion... for what its worth. I like them, variety is the spice of life. They're clunky, they're original, they look strong - they'd fit into my Marines list any day. Happily. The tank for me is just another tank.

So lets hear your thoughts on these models... don't hold back. The folks on the forums haven't!