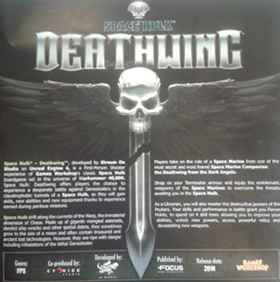 There is yet another Games Workshop Video Game heading our way. NeoGAF was the origin of the "leak"with images suggesting that Cyanide studios are co-producing the game alongside Streum On Studios. This is the first I've heard of them but some of their previous work does have a gothic 40k style to it. Focus Home Interactive are going to be the distributor with the release date stated as 2014.

The synopsis on the back of the scans states that players are taking on the role of a Librarian with access to 4 different skill trees. The game runs on Unreal Engine 4.

The website linked in the images is dead but it's worth bookmarking and keeping an eye on over the coming months.

The timing of this "release" if it was intentional is interesting with the other game only just hitting Steam. 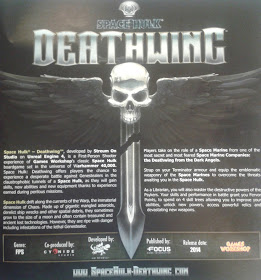 So what are our thoughts on this one?
Follow @TalkWargaming