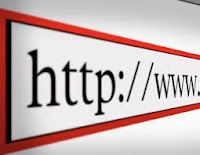 It seems that Games Workshop is working on a new website.

Yes, it seems that Games Workshop is revamping their website and store once again. Originally posted by Faeit212:

"Games Workshop will launch a new Internet-Site in April 2014. The new Site will bring back Hobby content and other stuff. The Online shop will include Black Library Products and at the end of the year 2014 Forgeworld. The success of Horus Heresy moved GW to this."

This was confirmed by a member in the comments section who had this to say:

This is only partially rumor, the new site itself was revealed in their most recent share holder statement, new online store (and except for WD daily, that's all the site really is) coming 2014 :D "

UPDATE: We now have the information from the Share Holder Statement:

"Our online shop is doing well. Sales are up to £14.4 million from £13.1 million. During the year we built a new one and will be testing it over the coming year. It is planned to be fully operational in April 2014. The online world is in constant flux. New things become possible, new ways of behaving become the norm, legislation requires extra safeguards, and so on. We need to continually invest and change to ensure it remains a pleasant shopping experience for our customers."


So what do you want to see on their new site? Comment below and let us know!