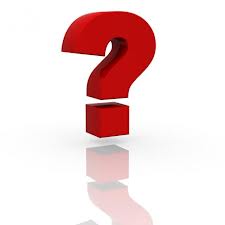 Just when you thought the rumor train had stopped, it gets going again!


First off before we get started, I'd like to give thanks to the guys at 40k Radio for answering all of these questions.They've been doing a great job answering questions for a while now and are responsible for all the current information we have on the rules for the new book.

Also, if you missed the previous Q&A collection it's here.

All questions and answers are taken directly from the 40k Radio Facebook page as is so please don't beat me up for spelling errors or bad information, I'm taking this as is. Thanks!

Q: Is it true that what you guys have is an early playtest material, not the actual printed C:SM codex?
A: I have the final print copy.

Q: Are their any new Special Characters?
A: No.

Q: Is honour guard still 3-10 models, or only available as 5 models similar to command squads or BA honour guard?
A: 3-10

Q: Do Legion of the Damned get Soulblaze like in Apoc?
A: No

Q: Can the LotD still Deep Strike?
A: Yes

Q: Does the LotD still have Slow and Purposeful?
A: Yes

Q: Can the LotD be joined by characters?
A: No

Q: Does Cassius have the Zealot rule?
A: Yes

Q: Do the AA tanks have an alternate fire mode that lets them shoot at ground targets?
A: No, only one firing mode

Q: Can child chapters take the SCs of their parent chapters?
A: No (those are unique to their chapter)

Q: Can Pedro and Lysander be in the same army without using allies?
A: No (CF is one chapter, IF is another)

Q: Are Techmarines slotless HQs like the DA book?
A: Yes

Q: Do Sternguard combi-weapons still cost 5 points?
A: No, they're 10 points

Q: Does Helbrecht have any other special rules besides the once a game rule that gives fleet/hatred?
A: No

Q: What is the cost of a five man scout squad with a Vet Sergeant?
A: 65 Points

Q: Any changes on Kantor's rules?
A: Basically the same (will be covered on show)

Q: Do bikes and centurions get combat squads rule?
A: Bikes yes, Centurions no.

Q: Is there is any vehicle able to get grav weapons?
A: No

Q: Are neophytes of crusade squad an independent squad that can join the main unit as it was rumoured, or crusade squads are a full unit option?
A: No, like last BT Dex.

Q: Is there option for crusade squads of getting two special weapons?
A: No.

Q: If one crusader squads takes a CLR as transport, it has any point cost reduction?
A: I don't have the BT Dex to check.

Q: Have black templars access to biker scouts?
A: Yes. They have access to everything except Librarians.

Q: Marneus Calgar "God of War" rule is still in there? Has it been replaced by the 3 warlord traits rule?
A: It's different and cool (will be covered on the show).

Q: How many points cost a grav-gun as special weapon on a tac squad?
A: 15 points.

Q: How many points are the lascannon and missle launcher upgrades on the Centurion Devastators?
A: Lascannon is 10, Missile is 10

Q: How much do Relic Blades Cost?
A: Chapter Master and Captain get it for 25 points.

Q: Does the codex include a Power Field Generator (DA Wargear that generates a 4++ for a unit)?
A: No

Q: Can Tactical Marines take a Special Weapon at 5 models?
A: A Squad of 5 can have a special weapon or heavy weapon.

Q: Can Calgar still take up to 3 units of Honor Guard?
A: Yes

Q: Additionally, does his still have the rule that lets him choose to pass or fail morale checks at will?
A: Yes (more in the show)

Q: Are Black Templar Characters required and/or accept challenges?
A: Not required, but they will be sick in challenges

Q: Bikes squads that can be made troops, a minimum of 5 models or 5 models max? there is some conflicting sounding information so people just want to confirm.
A: At least 5 (max 9 with Attack Bike) and if your Captain or Chapter Master is on a  bike you make take them as troops.

Q: So Chapter Masters on bikes can unlock bike squads of at least 5 models as troops too?
A: Yes.

Q: Can the Bikers take the grav gun options?
A: Yes

Q: Does Shrike have any other rules?
A: No.

Q: Do Chapter Tactics cost anything?
A: No.

Q: The Stalker, does it have 4 shots total that it can split fire with or does each gun fire 4 shots each?
A: 4 shots each (this will be covered on the show)

Q: Do any of the SC's have Stubborn or Fearless?
A: No

Q: Does the Emperor's Champion take up an HQ slot?
A: Yes

Q: Does Sicarius still re-roll his Sieze Initiative attempts?
A: No

Q: Any change to Razorbacks?
A: I believe they went up 5 points

Q: Does the Ultramarines Tactical Chapter Tactic affect Sternguard special ammo?
A: I believe so.

Q: Also, are bike upgrades for Space Marine Captains cheaper?
A: I think the upgrade stayed the same.

Q: Are all these answers from an early rendition or playtest and subject to change? Or are these concrete answers from a full codex?
A: The book I have looks like the final. If this is a fake then a ton of effort has gone into this.

Q: Is there any way to assault from vehicles besides assault ramps on land raiders and stormravens?
A: The Land Speeder Storm.

Q: How do Successor Chapters work exactly?
A: This will be covered on the 1 Sept show. The answer is really long and it's easier to just explain it verbally than type it out.

Q: If you have two different chapters that use the same chapter tactic, can they ally to each other?
A: This will als be covered on the 1 Sept show.

Q: Can any of the HQs get Camo Cloaks?
A: No

Q: Is there a way to get Eternal Warrior?
A: Yes (will be covered in show (Zion's Speculation: It's a Relic))

Q: Can any of the HQs buy any special rules?
A: No

Q: Do the HQs still have access to Hellfire rounds?
A: No

Q: Can we get a rundown on what Grav Weapons will cost?
A: Grav will be on the show.

Q:  In 5th Edition you were encouraged to use SCs as "Count-As" special characters to give you some new/interesting combinations. Is there anything in the new book that allows you to do this?
A: You can no longer do that due to Chapter Tactics.

Q: To confirm then, successor chapters who use the same Chapter Tactics as their Parent Chapters can't use the SC of their parent chapter, even as a "Count-As"?
A: Can't use "Count-As" because those are specific to the parent chapter.

Q: Define caveat in terms of Chapters. What are the caveats? Will you go over every chapter?
A: You have not been given all the details of the CT. We're saving that for the show. We weill cover all the CT in detail.

Q: Have Razorback weapon upgrades gotten cheaper, more expensive or stayed the same?
A: Some went down.

Q: How much do Relic Blades cost for Honor Guard?
A: 10 points.

Q: Do these caveats require certain minumum requirements of units or wargear?
A: No.

Q: Are the Drop Pods priced like the DA ones (to include upgrades)?
A: Similiar.

Q: When making an army, are you required to take a chapter trait?
A: Yes.

Q: Is the Exorcists Chapter covered in the list of different Marine chapters/successors in the book?
A: Yes, there is a small blurb, but the do not have a parent chapter.

Q: Are any of these caveats negative things (like the old 4th edition flaws)?
A: No. The caveat is we have not revealed all the abilities for some chapters.

Q: Is there any clue you can give us on the nature of these caveats?
A: There are many layers to the CTs (no negatives).

Q: Did the points cost change for Power Weapons?
A: Generally the same, per units choices.

Q: Did the points cost change for Power Fists?
A: PF same.

Q: How much do Crusader Squads pay for Power Weapons?
A: 15.

Q: Can the Initiate in a Crusader Squad take a Power Fist?
A: Yes at 25 points.

Q: How does the limit for the extra power weapon in the Crusader squad work. Is it just 1 Initiate or is it 1 per X number of models in the squad?
A: 1 Initiate and then upgrade one to Sword Brother and you can get another.

Obviously it's a pretty good amount information here (I'd call it a lot, but if you look at the previous roll-up, well, that was a lot). Obviously the more that comes out, the more we know and the better idea we have of what's coming. Of course this will all be included in the roll-up this weekend, so if you don't want to work out what new things the Marine book is getting you can always just read my summary there.

That said, there is one thing I'd like to cover briefly: Chapter Tactics. It seems they are a lot deeper than we expected and that even though we have a fair idea of what each of them do, we haven't been given the full picture yet. Now I can't blame the guys at 40k Radio for this, they obviously want to bring listeners in for their show but another part of me is jumping up and down like an sugar-loaded child on their way to a field trip to a candy and fireworks factory. Needless to say, I really want to see it now. I don't know about the rest of you, but I am excited. I'm starting a new army this release and I really want to start playing around with building a list to see how it looks so I can start planning my purchases.

How about you? These rumors got your blood racing, or are they leaving you colder than winter in Siberia? I'd love to hear what you guys think. Also, if you have any questions, feel free to ask them below. If I have the answers from the past questions I'll answer them for you, if not I'll add them to my list to ask the guys at 40k Radio and post them on here in the next Q&A roll-up.